The fact remains that Malaysian businesses have relied on foreign workers to compete for far too long. Instead, they should be either looking to automate or live with the fact that any ill- treatment of workers will eventually get them red- flagged.

THERE is a lot of news coverage these days about the labour issues facing a number of manufacturers in Malaysia.

Billions of ringgit in market capitalisation have been wiped out of the stocks of certain companies which have been allegedly ill-treating their workers. Who is to blame? If an organisation has been treating its workers fairly, then it has nothing to worry about.

The world is moving towards a direction where fairness and doing the right thing is increasingly being required of businesses.

And because of the interconnectedness of businesses, one cannot hide away from these demands.

What also needs to be said is that some Malaysian manufacturers have taken this seriously, spending millions of ringgit to ensure that they comply with the best standards stipulated by some countries.

These companies are beyond reproach because they have done things correctly. So why can’t the other manufacturers do the same?

What is also interesting, is that these companies are still able to report a decent profit despite making the investments.

Hence, this goes against any theories that Malaysian manufacturers are not able to afford treating their workers properly.

Of course, part of the blame lies in the imposition of high fees by authorities for foreign workers to enter and remain in the country.

This has been highlighted before and it is hoped that this unfair system will be dismantled and replaced with a fairer system.

The fact remains that Malaysian businesses have relied on foreign workers to compete for far too long.

Instead, they should be either looking to automate or live with the fact that any ill- treatment of workers will eventually get them red- flagged.

That in turn, could destroy all the value that the organisation has intended to create in the first place.

(THHE), a company beset with a myriad of problems for many years, seems to be coming to a painful end. Its shares are set to be delisted from the stock exchange on Dec 9, as its latest appeal for more time to submit its regularisation plan was rejected by Bursa Malaysia.

That is, unless THHE is able to submit an appeal by Dec 8. Even if it does, THHE shares will be suspended from trading as long as the appeal is pending.

A delisting would be a painful experience for THHE shareholders, its biggest one being Urusharta Jamaah Sdn Bhd, holding 65% of the former’s shares.

Recall that Urusharta Jamaah got its shareholding in THHE after it took over the distressed assets of pilgrim fund Lembaga Tabung Haji (TH) at end-2018. The issue though is how come THHE has sunk to these depths, destroying so much value in the process. One can say although that the signs were there.

For example, as far back as 2017, the company’s auditors, Deloitte, had expressed a ‘disclaimer opinion” on THHE’s financial statements.

Deloitte had also subsequently pointed out multiple uncertainties that cast doubt on the company’s sustainability and it also listed an inability to determine the recoverability of vast sums of money.

The company had been blacklisted by Petroliam Nasional Bhd (Petronas) for four years, although that had been subsequently lifted.

It had been under the Practice Note 17 status over the last few years and had been granted multiple extensions to its deadline to submit a regularisation plan to revive its financials, but all of that has come to naught.

THHE has not been performing in years and as of end-September, it had accumulated losses of RM635.8mil.

It has RM150mil in debts. The question is, what went wrong in the running of the company despite it being funded by TH over the years?

Questions need to be asked and lessons learned so that other government funded entities do not end up destroying so much value in the future.

There could, however, be a glimmer of light at the end of the tunnel. If THHE gets delisted, the company still exists and could be restructured in a faster way, sans the limitations posed by listing rules.

A recovery of prosperity?

THE just concluded earnings season was a harbinger of better times in the fourth quarter of the year.

Brokers say more companies have beaten expectations and earnings will improve in the final quarter of the year. But when expectations are lowered, then meeting or beating those subdued expectations is going to be easier.

Sure, the higher price of crude oil, assuming economic growth is maintained, will help the oil and gas stocks somewhat. The higher capital expenditure by Petronas also will be a fillip for stocks in that sector. But are those stocks going to be more attractive than their peers elsewhere?

Then there are the tech stocks. That is one area where growth has been consistent over the past few years. Again, are they going to be an attractive enough avenue for major investors next year? 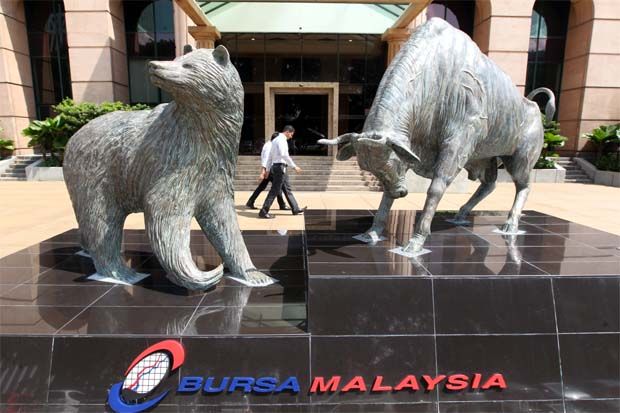 Planters will do well but environmental, social, and governance or ESG issues will put a lid on foreign ownership although there is a financial merit to owning those stocks.

It will be a bottom-up approach to stock picking again next year.

Our market is somewhat subject to a massive influence of large institutional funds that pick up the demand for large cap stocks in the market.

With foreign ownership of stocks on Bursa Malaysia slipping away to low levels and the market ending up on the losing side more often than not in recent years, there is little justification for the market to be trading at high, historical price-to-earnings ratios.

Stocks on Bursa Malaysia are increasingly in danger of fading into obscurity when it comes to interest among foreign investors.

Whether we like it or not, foreign investors are often the fifth gear of the market and more needs to be done to see companies engineer interest back into the stocks that once saw interest from abroad at higher levels than now.