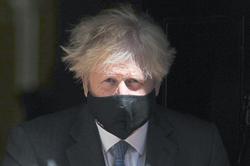 KUALA LUMPUR: Datuk Seri Ismail Sabri Yaakob (pic) said the government has agreed in principle to develop an Integrated Trade Events Platform specifically to enhance the country’s trade competitiveness and export value digitally in line with a new trading landscape in the era of digitalisation.

The Prime Minister said this was among the decisions reached at the Economic Action Council meeting which he chaired yesterday to discuss strategies to revive and strengthen the country’s economy after Covid-19, especially by increasing efforts to facilitate business and strengthen Malaysian trade.

“In preparation for the endemic phase and in line with the rapid global economic growth, efforts to create a conducive, competitive business environment and increase productivity should be the main agenda at every level of federal government and state government administration,” he said in a statement.

Ismail Sabri said the meeting also agreed in principle to create a Single Information Platform, which is a comprehensive portal covering all information across the export value chain to facilitate Malaysian companies to be actively involved globally.

The #MyMudah initiative will also be strengthened through the establishment of #MyMudah units in all federal ministries and agencies.

“The same units are also proposed to be established at the state government level, local authorities and industry associations to jointly facilitate business operations.

“The function of this unit is to conduct regulatory reviews in a planned manner to facilitate the business environment to boost productivity and competitiveness,” he pointed out.

According to the Prime Minister, the meeting also requires every ministry, state government, local authority and federal and state government agency to be committed in realising a regulatory experimentation programme that involves public and private stakeholders jointly assessing the efficiency and suitability of existing regulations thus proposing some regulatory relaxation based on the recommendations of the Organisation for Economic Co-operation and Development. — Bernama 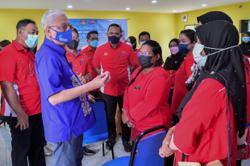