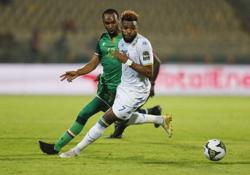 PublicInvest Research said the company’s results were below the research house’s and consensus estimates of a full-year profit of RM15mil and RM13mil, respectively. (File pic shows Wah Seong's pipe-coating operations.)

is expected to record better earnings in 2022, on the back of strong contract wins and easing business restrictions.

“Most notably are Wah Seong’s oil and gas processing and compression modules in Gabon, Africa, fabrication works in the United Kingdom and coating works in Qatar.

“Considering that most of its projects are scheduled to complete in 2022, the financial performance from these projects will not be visible until the first quarter of next year,” it said in a report yesterday.

MIDF Research added that these projects could bring the group’s order book to close to RM2bil by the end of 2021.

“Financial year 2022 will be a better year given the relaxation of SOPs, hence most projects moving into higher gear.

“Excluding a gain on disposal of assets amounting to RM6.4mil, as well as other one-off items, Wah Seong reported a core net loss of RM11.9mil in its third quarter ended Sept 30, 2021, widening its core net loss for the nine-months period to RM14mil.”

PublicInvest Research said the company’s results were below the research house’s and consensus estimates of a full-year profit of RM15mil and RM13mil, respectively.

“The group’s outstanding order book expanded further to RM1.7bil with inclusion of the first contract from the Qatar North Field project, valued at around RM250mil.

“While order book has been growing steadily from RM1.2bil at the beginning of the year, executions of most projects are now moved to next year.”

PublicInvest Research said it had adjusted its 2021 earnings forecast to a net loss of RM19.6mil, while 2022 and 2023 net profits are adjusted lower by 9.3% and 5%, respectively, reflecting the slower progress billings.

Separately, Kenanga Research said Wah Seong’s order book has continued to expand. “The group’s order book managed to continue to expand to RM1.66bil from RM1.34bil last quarter. Management has guided that project execution for a majority of the orders in hand will only commence in 2022 and we expect to see some mild earnings improvement going forward on the back of this order-book recognition.”

Kenanga Research has downgraded its rating on the stock to “underperform,” with a lowered target price of 63 sen from 65 sen previously. “Our call is premised on the stock’s repeated disappointment in earnings delivery, with its shares currently also trading at above-mean valuations.

“Its recovery outlook will be heavily dependent on management’s ability to recognise its growing order book in a profitable manner,” it said. 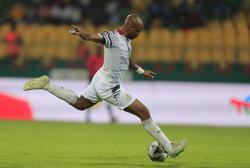