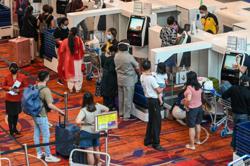 In an interview with StarBiz, AFG executive director Lau Kin Wai (pic) said that the fintech sector in South-East Asia is at a “tipping point”, where a lot of transactions are expected to be digitalised.

PETALING JAYA: More funds are being poured into technology startups in Asean, with financial technology or fintech taking the centre stage.

Technology venture Asean Fintech Group (AFG) is ready to deploy US$20mil (RM83mil) to accelerate its fintech businesses in the region over the next 12 months.

In an interview with StarBiz, AFG executive director Lau Kin Wai (pic) said that the fintech sector in South-East Asia is at a “tipping point”, where a lot of transactions are expected to be digitalised.

He said the Covid-19 pandemic has fuelled the change in financial habits among businesses and consumers, resulting in a surge in the volume and value of digital transactions globally.

The transformation has spurred the whole chain of fintech as more people and businesses are seeking to reduce physical contact and time in all aspects from buying groceries to car insurance and credit services.

“Consumers are very used to the digital lifestyle now due to the pandemic that has changed the entire digital landscape and behaviour.

“Whatever we are supposed to do in seven years digitally, we are doing it now,” he said.

According to a report by United Overseas Bank, PwC Singapore and the Singapore FinTech Association, fintech funding in South-East Asia jumped more than three times in the first nine months of this year compared with the full year of 2020, reaching a record US$3.5bil (RM14.6bil).

Lau pointed out that AFG is focusing its investment solely on the fintech sector, as he sees it as the most important element in digitalisation.

“Fintech is important because it digitises money flow and hence commerce flow as well. Our entire life as a consumer revolves around money and commerce flows.

“There are always transactions going on every minute: for instance, you walk into a cafe and you are ready for a transaction,” Lau said.

AFG is part of the Australia-listed FatFish Group which described itself as an Internet venture accelerator focusing on the fintech and gaming sectors.

Lau is also the founder of FatFish. Lau started AFG 2017 together with Datuk Larry Ga, who was a former managing director of Accenture and entrepreneur Douglas Gan.

Over the next 12 months, Lau said AFG will be focusing on merger and acquisition (M&A) exercises to expand its businesses and it has already identified five startups.

He added that AFG has raised US$20mil (RM83mil) from private investors and from FatFish.

The latest M&A by the group was announced last week involving its insurtech company Fatberry, which has acquired Bangkok-based MooMoo Non-life Insurance Broker at an undisclosed amount.

Lau described AFG as a “next-generation venture corporation” that is committed to creating accretive value by digitising money and commerce flow in Asean.

He said “venture corporation” is a new term that is recently adopted, focusing not only on capital investment but also on building and developing fintech companies.

He used Germany-based Rocket Internet, which is known as a venture builder, to invest in various technology companies such as online fashion retailer Zalora and real estate platform Agencasa.

AFG is present in Malaysia, Singapore, Indonesia and Thailand. The group is looking to expand into the Philippines and Vietnam.

Lau is no stranger to the Corporate Malaysia scene. He was formerly a director of Peterlabs Holdings Bhd

During the dotCom period, Lau co-founded a technology company Viztel Solutions Bhd which he had launched an initial public offering on the Mesdaq Market of Bursa Malaysia in 2005.

The company was later taken over by Systech Bhd

Lau reckoned that the current technology boom was different than that in the 2000s.

“Technology is the underlying necessity for everyone and companies. There is a saying by a US-based venture capitalist that every company would become a fintech company,” he added. 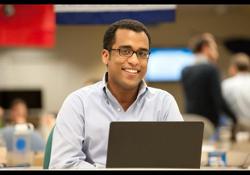