How to rebuild savings PETALING JAYA: Extending the retirement age and job creation are among measures that can go towards assisting hard-hit savers of all ages to rebuild their retirement funds that they had dipped into due to Covid-19.

AmBank Group chief economist and head of research Anthony Dass said the issue requires several-pronged approach, with the immediate priority being creating jobs so that the people who have lost their jobs can begin to recoup some of the loss in income.

However, he said that even if salaries were to go back to pre-pandemic levels many would still be worse off given the underlying cost of living, which has risen.

Currently, many especially the bottom 40% (B40) and middle 40% (M40) groups are “fire-fighting for survival and cannot save because of their debts”.

He added that the government, through agencies like AKPK (Agensi Kaunseling dan Pengurusan Kredit), should continue to help these vulnerable groups to restructure their debts before they can start to rebuild their savings in a two to three years time as he foresees.

On Sunday, the Employees Provident Fund (EPF) said that following the special withdrawal facilities due to the pandemic, the fund is now focused on assisting members to rebuild their savings for their retirement future.

The withdrawals, namely i-Lestari, i-Sinar and i-Citra, resulted in a total of RM101bil being disbursed to over 7.4 million members, which is close to half of all EPF members.

Notably, the bottom 40% of EPF members (about five million members) saw their savings drop by 38% to just RM8bil, translating into a median savings balance of RM1,005.

Beyond those, Dass said the government should look into extending the retirement age beyond the current 60 years of age in view of the inadequate retirement savings and increased longevity.

“The older group of people appear more badly affected by the pandemic and may have to work longer. Taking into account the life expectancy of about 75 years old for male and 77 years for females, this group still have productive years to contribute,” he told StarBiz. Professor of economics at Sunway University Business School, Dr Yeah Kim Leng said that Malaysia is not alone in facing the problem of inadequate retirement savings because of lengthening life expectancy.

“Many developed nations have raised their minimum retirement age to 65 and above and the earlier Malaysia implements it, the better it is to prepare the population physiologically,” he told StarBiz.A key challenge, he said, is how to raise income levels in order to accelerate savings. While there has to be faster wage increases to match the underlying cost of living, this is conditional upon the ability to raise productivity. Otherwise the economic impact would be negative, he added.

Rajen Devadason, a licensed financial planner with Manulife Investment Management (M) Bhd said the country faces a massive retirement funding crisis, not just for EPF members, who account for about half of the country’s adult working population, but also for pensionable civil servants and those who are self-employed and have unwisely avoided contributing to EPF.

“Thankfully, we have been given a minor reprieve in terms of national income because of soaring oil, gas and palm oil prices, which should translate into short-term increases in taxable corporate profits from those relevant Malaysian companies,” he said when contacted.

Devadason, who is also the chief executive officer of corporate mentoring consultancy RD WealthCreation Sdn Bhd, said the government could use the additional tax revenue to put in place structural changes that can help the country avert a retirement funding issue in the future.

For one, he called for increasing Malaysia’s official retirement age from 60 to 65 as early as 2024. Second is the implementation of steps with attractive tax benefits to encourage employees to opt for higher EPF employee contributions and employers to raise EPF employer contributions.

He also said that those who have depleted their EPF savings through the previous withdrawal options should be encouraged to proactively opt to take on a second and third job so that they are working between 50 and 90 hours a week over the next three or four years to earn extra money to more than replace the funds withdrawn and get their long-term EPF funding back on track.

Apart from this, the government could introduce beneficial tax breaks for those who voluntarily invest regularly in unit trust portfolios or grant tax breaks for individuals to hire licensed financial planners to guide them toward prudent retirement planning steps.

On a more personal level, he says the people should start taking personal responsibility for their economic uplift.

“Then today’s parents may be able to set Malaysia on the path to improvement by raising the ability of our next two generations to function well in a post-Covid environment,’ he said. 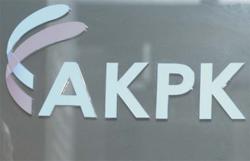