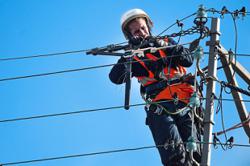 NEW YORK: A weather phenomenon that typically delivers harsher winters is on the way and expected to add to Asia’s energy crisis.

The La Nina pattern, which forms when equatorial trade winds strengthen to bring colder, deep water up from the bottom of the sea, has emerged in the Pacific.

That typically spells below-normal temperatures in the northern hemisphere and has prompted regional weather agencies to issue warnings about a frigid winter.

Several nations and particularly China, the top energy consumer, are grappling with surging fuel prices and for some, power shortages or curbs on supply to heavy industry.

“We are expecting temperatures to be colder than normal this winter across northeastern Asia,” said Renny Vandewege, a vice-president of weather operations at data provider DTN.

“Weather forecast data is a critical component of predicting how much energy load will be required.”

In China, temperatures plunged early last week across most of eastern China, and are already colder than usual in some northern areas, according to the country’s National Climate Centre.

Provinces including Heilongjiang, Shaanxi and Shanxi began the winter heating season between four and 13 days earlier than in previous years.

Local government-controlled systems – typically powered by coal or gas – are fired up to warm residents’ homes in many areas.

Extreme weather conditions could happen more regularly as a result of global warming, according to Zhi Xiefei, atmospheric science professor at Nanjing University of Information Science and Technology. — Bloomberg 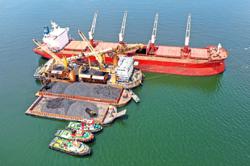 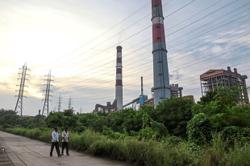