Analyst downgrades as Supermax hit with US ban

is facing earnings downgrades from analysts following the US import ban on its disposable gloves.

The US Customs and Border Protection (CBP) in a Wednesday statement said it had issued a withhold release order on Supermax and its subsidiaries based on information that reasonably indicated their use of forced labour in manufacturing operations.

In response, the glove maker announced on Bursa Malaysia that its US representatives are in touch with the US CBP to obtain more clarity and information on the withhold release order and the required measures going forward.

In a note, Kenanga Research said the latest development is negative to Supermax and is likely to impact its earnings considering that the US commands premium ASP and accounts for approximately 20% of sales.

"The severity to earnings depends on how fast Supermax can replace loss of sales in the US and how long it takes for the group to resolve the issue," it said.

The brokerage noted that it took almost a year for Top Glove to be cleared of a similar ban.

In addition, Supermax's situation could be further compounded by the faster-than-expected normalisation in the average selling price of rubber gloves.

According to Kenanga, Top Glove Bhd's recent 4QFY21 results briefing suggested that its ASPs have dropped faster than expected at 31% quarter-on-quarter to US$48 per 1,000 pieces.

"We believe this signals acceleration in overall market ASP normalization.

"We are unable to quantify as to how low ASP will fall to; however, glove manufacturers are of the view that ASP is unlikely to go below pre-COVID pricing considering that the cost structure has risen amongst others including social compliance costs and the high nitrile feedstock cost compared to pre-COVID era," it said.

"The PER is lowered from 12x to 11x taking into consideration of downside risk to revenue from the CBP WRO," it said.

However, Kenanga, which maintained "market perform" on the stock, expects disappointments in subsequent quarters to be capped as ASPs are no longer lofty.

Meanwhile, TA Securities Research said it expects Supermax to flush other markets with its US exports, which is expected to depress prices in markets where ASPs are usually lower by 5% to 10% compared to the US.

Consequently the research house, which has a "sell" call on Supermax, reduced its target price to RM1.43 a share from RM1.80 a share, based on revised 2023 price-earnings multiple of 12 times, down from 13x previously.
Article type: metered
User Type: anonymous web
User Status:
Campaign ID: 46
Cxense type: free
User access status: 3
Join our Telegram channel to get our Evening Alerts and breaking news highlights 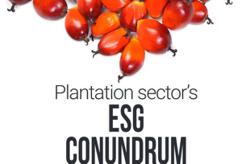