FILE PHOTO: The TESLA logo is seen outside a dealership in the Brooklyn borough of New York City, U.S., April 26, 2021. REUTERS/Shannon Stapleton/File Photo

SAN FRANCISCO: Tesla Inc on Wednesday beat Wall Street expectations for third-quarter revenue on the back of record deliveries as the electric car maker navigated through a prolonged global shortage of chips and raw materials.

Tesla said it aims to increase production in the fourth quarter from the previous quarter, adding that "the magnitude of growth will be determined largely by outside factors."

"A variety of challenges, including semiconductor shortages, congestion at ports and rolling blackouts, have been impacting our ability to keep factories running at full speed," the company said.

Tesla, the world's most valuable automaker, has weathered the pandemic and the global supply-chain crisis better than rivals, posting record revenue for the fifth consecutive quarter in the July to September period, fueled by a production ramp-up at its Chinese factory.

Led by billionaire Elon Musk, Tesla faces challenges of maintaining its growth in the face of a prolonged chip shortage, with its factories starting production in Berlin and Texas this year.

Tesla shares, up about 23% this year, were down about 0.6% in extended trade late on Wednesday.

Revenue rose to $13.76 billion from $8.77 billion a year earlier. Analysts had expected revenue of about $13.63 billion, according to IBES data from Refinitiv.

Tesla has been raising prices in the United States, which helped cushion the impact of the supply-chain costs, analysts said.

Tesla said its ongoing cost-cutting efforts helped counter the declines in its ASPs stemming from sales of lower-priced vehicles like the Model 3 and Model Y.

Tesla has cut costs with the use of more Chinese parts including batteries. The company posted robust sales in China, where its Shanghai factory has surpassed the Tesla factory in Fremont, California, in terms of production. - Reuters 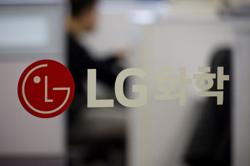 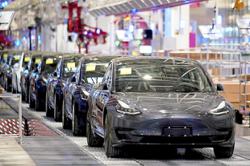