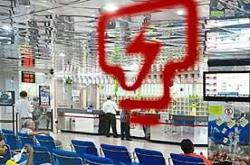 's recent acquisition of an offshore wind farm in the UK puts the group another step closer to realising its renewable energy (RE) goals.

The energy major announced to Bursa Malaysia yesterday that its subsidiary Vantage RE Ltd had completed its purchase of a 49% stake in Blyth Offshore Demonstrator Ltd from EDF Renewables (EDFR), the RE arm of French state-owned utility company Electricite de France.

In a note, Kenanga Research was positive over the latest development and reiterated its support for Tenaga's plan to expand its RE portfolio and wean itself of coal by 2050.

"Although it is a small investment, we are positive with this move as the strategic partnership would set the pace for growing the group’s RE portfolio in the UK and Europe, with target to increase by 2,733MW by 2025.

"This also helps to address the pressing ESG concern that has pressured its share price in the past years," said Kenanga.

According to Kenanga, despite being a small venture with effective installed capacity of 49MW only when the floating offshore wind project is completed, the strategic partnership with EDFR sets the pace for Vantage RE to grow in the UK and Europe.

Tenaga currently has two RE assets in the UK, which are undertaken by Vortex Solar and Tenaga Wind Ventures. Both assets are now structured under Vantage RE which was set up in July this year.

With this offshore wind farm acquisition, Tenaga will be operating close to 450W of RE investments in the UK.

"While there is no disclosure of acquisition price for BODL, it has budgeted RM6.5b for the entire RE capacity expansion where >97% of these are from two geographical areas, 2,733MW in UK/Europe and 1,800MW Southeast Asia with only 361MW expansion locally," said the research house.

It added that its stress test shows that Tenaga has no financial issue for such expansion with its gearing still at comfortable levels of 45%-46% throughout FY22-FY25, meaning it still has room to gear up to the optimal level of 55%, from 46.3% in FY20A. 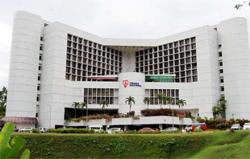