The aim is to develop tourist attractions in the mountainous area and improve services and infrastructure including healthcare and transport, state news agency SPA said.

The Gulf Arab state, which opened its doors in September 2019 to foreign tourists through a new visa regime, wants to diversify its oil-dependent economy, with tourism contributing 10% of gross domestic product by 2030.

While the nascent tourism sector was hit hard by the coronavirus pandemic, local campaigns helped to partially attract millions of dollars Saudis used to spend overseas.

In February, Saudi Arabia's Public Investment Fund launched a venture that would invest $3 billion to build 2,700 hotel rooms, 1,300 residential units, and 30 commercial and entertainment attractions in Aseer by 2030. - Reuters 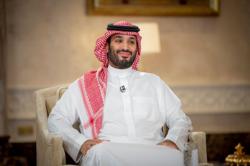