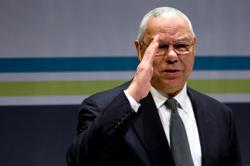 WASHINGTON: U.S. Federal Reserve Chair Jerome Powell said on Wednesday he was displeased with the active investing carried out by two Fed regional bank presidents and pledged the central bank's ethics rules will be tightened after a thorough review.

"We need to make changes and we are going to do that," Powell said at a televised press conference after the Fed's latest policy meeting.

Though rules limiting the trading activities of Fed policymakers are somewhat stricter than those for government employees generally, the current framework is "now clearly seen as not adequate to the task of really sustaining the public’s trust."

Asked if he still trusted Dallas Fed President Robert Kaplan and Boston Fed President Eric Rosengren to do their jobs, Powell said, "In terms of having confidence and that sort of thing, I think, no one is happy. No one on the (Federal Open Market Committee) is happy to have these questions raised."

His comments come amid criticism of the two officials and public calls for their resignation following revelations they traded actively in stocks and other investments last year, when millions of Americans lost their jobs and the Fed was taking historic steps to bolster financial markets and the economy.

Both Kaplan and Rosengren have said their ethics officers had signed off on their trading, but have since pledged to divest their holdings by the end of this month to avoid the appearance of a conflict of interest.

Their spokesmen declined to comment after Powell's remarks Wednesday.

Powell said he had not been aware of their trading activities before they were reported earlier this month by the Wall Street Journal and others.

Powell was also asked about his own holdings, which include municipal securities like those the Fed bought last year as part of efforts to stave off a financial market collapse. Powell said that he had owned them for years and was not an active trader.

"Munis were always thought to be a pretty safe place for a Fed person to invest because as you know the lore was that the Fed would never buy municipal securities," he said.

But then the crisis hit and the Fed began backstopping vast swaths of the financial markets. Powell said he checked with the office of government ethics which found he did not have a conflict.

Powell said he was "reluctant to get ahead of the process" and signal what changes might be ahead.

"When we have things to announce we will go ahead and do that," he said.- Reuters 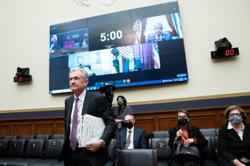 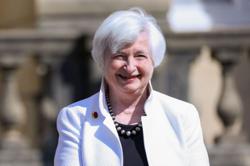