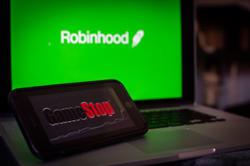 ’s net loss in the second quarter (Q2) ended June 30 narrowed by almost 42% year-on-year (y-o-y), mainly due to an increased revenue from a low base as well as reduced operating expenses.

The group told Bursa Malaysia yesterday that its net loss for the latest second quarter was RM580.06mil as compared to a net loss of RM992.9mil in the previous corresponding quarter.

Meanwhile, the revenue of the budget carrier more than doubled y-o-y to RM370.61mil from RM142.09mil in the second quarter of the previous financial year.

“Aviation revenue declined 8% quarter-on-quarter but increased 176% y-o-y off a low base due to the fleet hibernation for the most part of Q2 2020 caused by the onset of the pandemic.

“Digital businesses reported stronger revenue, up 147% y-o-y, led by contributions from Teleport, which tripled its revenue y-o-y, driven by a higher number of cargo only flights and deliveries,” according to AirAsia.

Cumulatively, for the first six months of financial year 2021, AirAsia reported a net loss of RM1.35bil as compared to a net profit of RM1.8bil in the corresponding previous period. Revenue fell 72.4% y-o-y to RM686.82mil from RM2.49bil.

“The group continues with its cost containment measures, including the right-sizing of manpower and salary cuts for management, staff and directors while actively managing its capacity to be in line with demand,” it said.

He said that by the end of the third quarter of 2021, the group would have completed two batches of lease restructuring and expect to complete the full exercise by year-end.

“We have also proposed a renounceable rights issue of up to RM1bil, which we expect to be finalised by the end of this year, subject to the Securities Commission and Bursa Malaysia’s approval, as well as shareholders’ approval at an EGM to be convened.

“Through all of our strategic fundraising exercises, we expect to have sufficient liquidity for the second half of 2021 and throughout 2022,” said Fernandes. 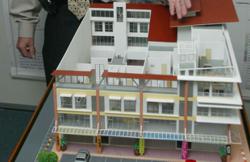