MPOB expects price of CPO to be stable

According to Malaysian Palm Oil Board director general Dr Ahmad Parveez Ghulam Kadir, (pic) improvements in production and exports are expected to sustain in the following year.

KUALA LUMPUR: The price of crude palm oil (CPO) is expected to be stable at above RM4,000 per tonne for the third quarter of 2021 before weakening in the fourth quarter due to the expected recovery in production.

According to Malaysian Palm Oil Board director general Dr Ahmad Parveez Ghulam Kadir, (pic) improvements in production and exports are expected to sustain in the following year.

This is supported by positive developments in the Covid-19 situation, better prospects for global oils and fats, as well as favourable trade policies in competing and importing countries.

“Palm oil prices in 2021 are expected to average at RM4,000 per tonne – an increase of 49% compared with RM2,685 per tonne in 2020, due to expected lower CPO production,” he said during the world palm virtual expo and conference 2021 yesterday.

As for the CPO production, he said the local production was forecast to be around 18 million tonne, lower than in 2020, which was partly caused by limited labour supply arising from the national border closures and lower availability of fresh fruit bunches (FFB).

“The production growth for the second half of 2021 (H2’2021) is expected to be lower than H2’2020 due to expected lower FFB production and slight decrease in mature area,” he said. 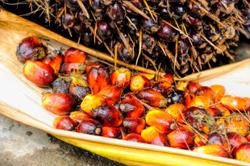