UOB Kay Hian Malaysia Research expected only a mild reaction from the already depressed market as the KLCI is trading at its assessed trough valuation.

The FBM KLCI managed to erase some of the earlier losses when it fell to an intra-day low of 1,493.6 ahead of his announcement.

Reuters reported the ringgit touched a fresh year-to-date low of 4.2430 against the US dollar.

However, due to the Covid-19 pandemic and that healthcare facilities in the country were in a worrying situation, the King believed holding the 15th General Election would not be the best option for the welfare and safety of the rakyat.

Analysts said Malaysian equities may temporarily weaken due to the resignation, which was widely anticipated. However, they believed a replacement candidate as prime minister could be found soon.

Meanwhile, UOB Kay Hian Malaysia Research expected only a mild reaction from the already depressed market as the KLCI is trading at its assessed trough valuation.

“We advise investors to position for a substantial recovery by 4Q21, when Malaysia crosses the vaccination herd immunity threshold. We maintain our KLCI end-21 target of 1,635,” the research house said.

Moody's Investors Service said although a period of political uncertainty may occur in Malaysia given the resignation of Muhyiddin, it expects the country’s credible and effective institutions to limit the impact on its macroeconomic policies and credit profile as demonstrated over past episodes of abrupt political change.

Christian Fang, vice president – senior analyst at the rating agency highlighted the coronavirus pandemic remains the key risk in Malaysia, as the elevated number of new infections and ongoing restrictions – although less stringent compared to the second quarter of 2020 – will continue to weigh on the economic recovery this year.

"As such, if fiscal deficits remain wide for some time because of further economic stimulus or weak revenue, resulting in a persistent rise in the government debt burden that fiscal authorities are unable to reverse, this has the potential to materially weaken Malaysia’s credit profile,” Fang said.

Among the top losers of the day were KL Kepong, which fell 60 sen to RM19.58, Hartalega

On the external front, China blue-chips slipped on Monday after disappointing economic data raised fresh concerns over the outlook for the world's second-largest economy, but expectations of more policy support to bolster a wobbly recovery put a floor under the drop.

Japanese shares fell on Monday as concerns of slow economic growth due to the highly contagious Delta variant of Covid-19 weighed on investor sentiment, while market heavyweights Toyota Motor and Sony Group dropped due to a stronger yen. 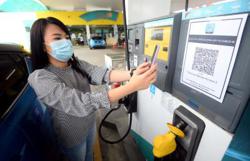 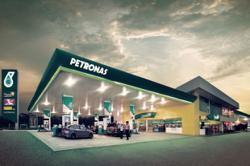