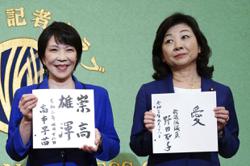 KUCHING: OM Materials (Sarawak) Sdn Bhd (OM Sarawak) has ramped up in stages the production of its ferroalloy smelting plant in Samalaju Industrial Park, Bintulu to 12 furnaces following resumption of operations from temporarily suspension on May 28.

The plant’s operations were suspended following a directive from the relevant government authorities after an active Covid-19 case detection exercise was carried out.

OMH, which owns 75% equity interest in OM Sarawak, had its secondary listing on Bursa Malaysia in June 2021.

OMH said as manpower shortages continue to impact the smelting plant’s ability to operate at full capacity as the country’s border remains closed with strict travel restriction imposed due to the pandemic, the plant’s production plan for second half-2021 may continue to be readjusted.

This is in accordance with the latest conditions, depending on manpower availability and scheduled leave rotation requirements.

“Given the prolonged period of operating without home leave for foreign employees due to border closures, it is expected that the pressure on the existing labour force will intensify in the fourth quarter (Q4) of 2021 and production plans may be further modified in the absence of any changes in the permitting process of foreign workers,” it added.

The sinter plant has a design capacity to produce 250,000 tonnes of sinter ore per year.

“The final performance testing of the sinter plant and equipment installation works for the furnace conversion project are expected to be deferred to the end of 2021, following the extension of lockdown restrictions in Malaysia.” said OMH

OM Sarawak’s sales volumes for FeSi rose by 21% to 30,331 tonnes in the current quarter from 25,029 tonnes in Q1of 2021, with sales rolling from the preceding quarter due to logistical delays.

According to OMH, the FeSi and siliconmanganese (SiMn) prices continued to perform strongly, with a sharp increase of 31% and 21% respectively as compared to Q1 of 2021.

“During the temporary production suspension, delivery of processed material to customers continued albeit at a reduced rate through third party logistic service providers to partially mitigate the impact to the supply chain,” said OMH. 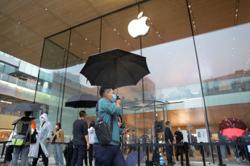