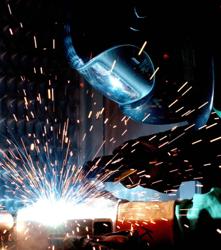 KUALA LUMPUR: The headline IHS Markit Malaysia Manufacturing Purchasing Managers’ Index (PMI), a composite single-figure indicator of the manufacturing performance, edged up to 40.1 in July from 39.9 in June 2021.

Remaining well below the 50.0 no-change level, the latest reading pointed to a steep decline in operating conditions, albeit one that was fractionally softer than that seen in June, IHS Markit said in a research note today.

"Malaysian manufacturers continued to report that operating conditions were severely hampered by a renewed rise in COVID-19 infections. Both production levels and new orders moderated further in July, with the former being scaled back to the greatest extent since April 2020.

manufacturers noted a renewed degree of optimism about the outlook in the year ahead, underpinned by hopes that restrictions would be lifted as the current wave recedes, boosting domestic and external demand,” it said.

Its chief business economist Chris Williamson said Malaysia’s manufacturing sector continued to be badly hit by the ongoing pandemic in July, though companies are already planning for better times ahead.

"There was better news in terms of the outlook, however, with companies becoming more optimistic after the rise of the Delta variant had pushed confidence in June to its lowest on record. More companies are now seeing some light at the end of the tunnel, and employment consequently stabilised.

"There was also better news on prices. Although input cost inflation ticked up slightly, it continued to run well below the steep rates recorded earlier in the year, helping to push selling price inflation down to its lowest since February,” he said.

The local tone was in line with a further deterioration in conditions across the ASEAN manufacturing sector in July.

demand slump further, with factory production contracting at the fastest pace since May 2020,” IHS Markit said.

The headline PMI sank to a 13-month low of 44.6 in July for the ASEAN market, noticeably further into contraction territory than June's reading of 49.0, signalling the fifth quickest deterioration in the health of the sector on record, and one that was sharp overall.

"Containment measures have once again stifled demand, and until it recovers, it is unlikely that the sector will record any significant rebound,” he said. - Bernama 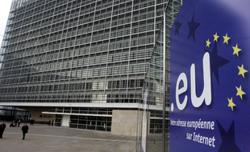