In good and bad times, gold is often said to be a safe haven asset class. That may explain why gold demand in the country shot up 41% to 3.3 tonnes in the second quarter of this year amid the Covid-19 pandemic. Out of that, 2.3 tonnes (up 26% from a year ago) were bought by consumers in the form of gold jewellery.

Asean itself remains an important market for gold and countries like Vietnam, Thailand and Indonesia are in the top ten consumer markets for gold worldwide, while Singapore has one of the highest per capita spending on gold globally.

The World Gold Council, based in London, in its recent review said globally, gold demand (excluding over-the-counter) for the first half (H1) of 2021 fell 11% to 1,833 tonnes from a year ago. In comparison, supply was higher 4% year-on-year at 2,308 tonnes.

The council predicts jewellery demand could be in the range of 1,600-1,800 tonnes for the year, and with pent-up demand, strong price recovery in H2 is likely. 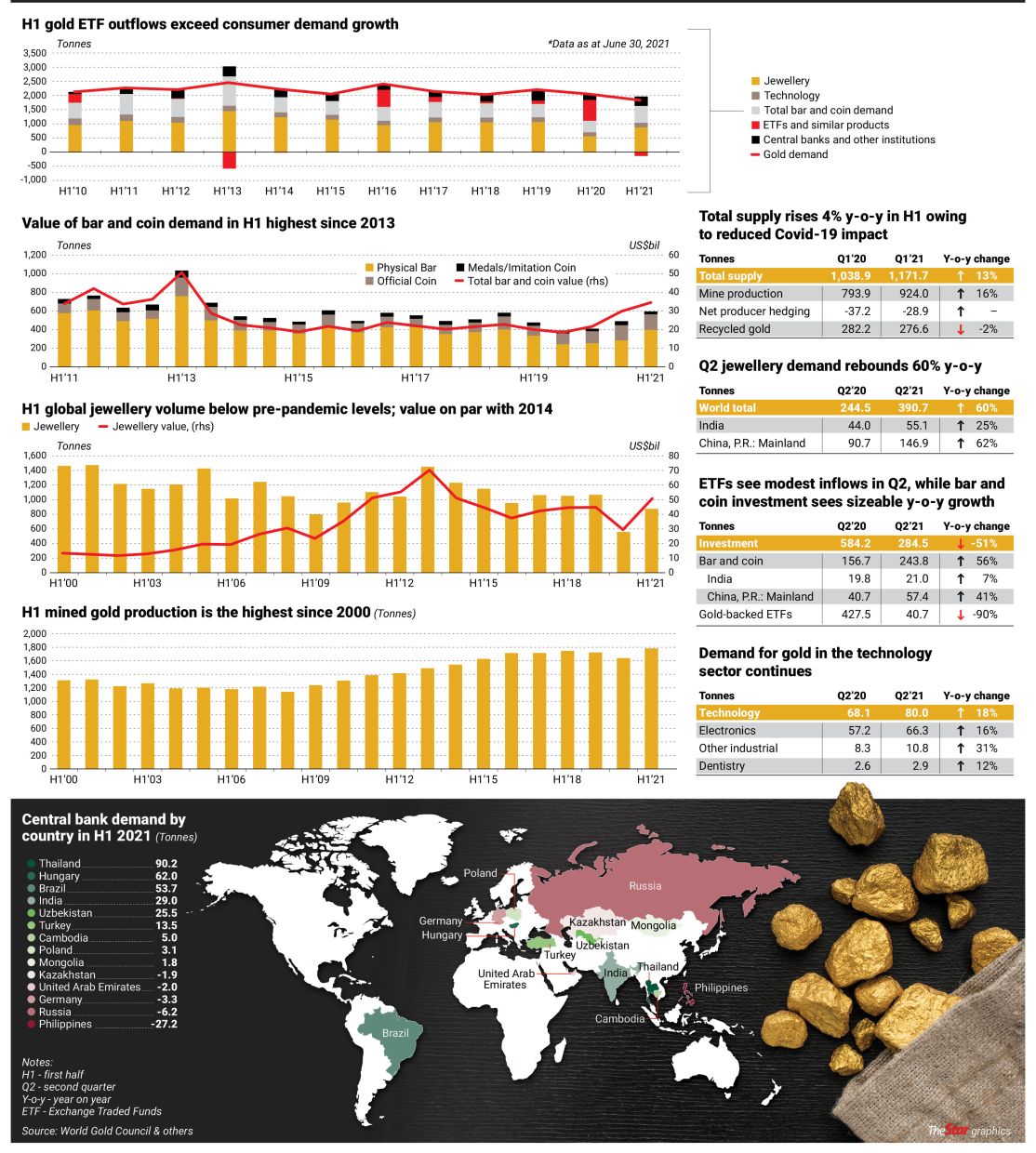