The participating interest of Sarawak Shell, PSEP and Petronas Carigali are 85%,7.5% and 7.5% respectively, with Sarawak Shell being the operator of the PSC.

KUCHING: Petroleum Sarawak Exploration and Production Sdn Bhd (PSEP), together with Sarawak Shell Bhd and Petronas Carigali Sdn Bhd, have been awarded the SK437 production sharing contract (PSC) off the coast of Sarawak.

The participating interest of Sarawak Shell, PSEP and Petronas Carigali are 85%,7.5% and 7.5% respectively, with Sarawak Shell being the operator of the PSC.

Block SK437, measuring 2,015 sq km in size with water depths of up to 50m, is located towards the south-west of the prolific Central Luconia province, off the coast of Sarawak, according to Petros in a statement yesterday.

Kakok said Petros’ participation in the SK437 PSC will provide an opportunity for PSEP to expand its role in exploration activities off the coast of Sarawak.

Added Foo: “For this PSC, Petros EP is being carried for the exploration phase which allows it to manage its exploration risks while seeking to build its capability.

“The addition of exploration block SK437 PSC to our existing producing ventures, MLNG PSC and Kumang Cluster PSC, has further diversified PSEP’s portfolio of assets off the coast of Sarawak.

“We look forward to a close collaboration with our operating partners to maximise the value of the contracts.”

Per the Commercial Settlement Agreement signed on 7 December 2020 between PETRONAS, Sarawak State and Federal Government, PETROS is the regulator and manager for oil and gas resources for Onshore Sarawak.

The winning bidders of Block SK433 were Petra Energy Bhd

(as operator) and Uzma Bhd 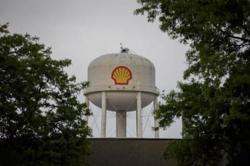