KUALA LUMPUR: Malaysia's automotive sector is expected to register minimal sales in July given the ongoing shutdown of automotive centres in Kuala Lumpur and Selangor, which make up more than half of total industry volume (TIV).

"Our 2022 TIV growth will be driven by the expected recovery in economy post lockdown and the assumption that herd immunity would be achieved by then, inevitably resulting in relaxation of SOPs toward revitalising local travel which should push demand for passenger vehicles especially the affordable national marques.

The research house maintained most of its calls and target prices for the sector, which are based on FY22 earnings per share.

For Tan Chong, it maintained "buy" but cut its target price to RM1 from RM1.10. UMW remained "market perform" with a reduced target price of RM3 from RM3.10 previously.

The automotive sector's TIV for June was 1,921 units, which was a 96% plunge year-on-year ad month-on-month due to the nationwide lockdown that began on June 1 under the National Recovery Plan.

June’s sales were those spilled over from May 2021 that were registered later through the JPJ e-Daftar system for which loans had already been approved with an issued Letter of Undertaking (LoU).
Article type: metered
User Type: anonymous web
User Status:
Campaign ID: 46
Cxense type: free
User access status: 3
Join our Telegram channel to get our Evening Alerts and breaking news highlights 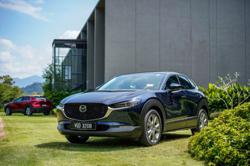