Decanting process has no profit element 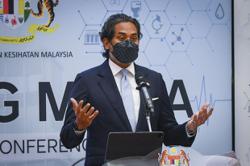 The Association of Private Hospitals Malaysia’s president Datuk Dr Kuljit Singh (pic) told StarBiz that there is no intent by the private hospitals to make “any profit” from this exercise.

PETALING JAYA: The decanting process, or the transfer of a portion of non-Covid-19 patients from government hospitals to the private hospitals due to increasing Covid-19 cases, is done at a rate or charge that had been proposed by the government.

The Association of Private Hospitals Malaysia’s president Datuk Dr Kuljit Singh (pic) told StarBiz that there is no intent by the private hospitals to make “any profit” from this exercise.

The decanting process from the government hospitals to the private hospitals comes amid a fall in occupancy rates in the latter due to the lockdowns.

“Both parties, the private hospitals and government, had agreed to these rates.

“The rates are actually enough to cover our costs. The rates that have been given is just enough to do cases which are suitable for a private hospital,” Kuljit said.

“They do not send patients to us which are complex so much that it would rack up a very huge bill but more of the day-to-day type of cases which are not too expensive.

“The government is quite sensitive and understanding to the fact that medical bills can be high in a private hospital: not because of profit but because medical costs are expensive,” he added.

Kuljit also said that there were a number of doctors in the private hospitals whom have decided not to charge for their services so as to keep the total hospital bill low.

“The private hospitals would also have to cover their other operating costs of treating the patients: to pay the nurses, to buy equipment, to give medication and so on.

“This is like a partnership to help the government,” he said.

“In the agreed amount, there is a possibility that there will be a little bit of loss in each patient in which the private hospitals are willing to absorb, there are direct and indirect losses but we are okay with it.

“What we charge here is nothing like what we would charge a private patient in this sense,” Kuljit noted.

He said the decanting process will be properly organised in terms of logistics and there would be no concern that would arise that would hinder private patients in getting their needed medical care.

“This involves about 800 beds.

“These 800 beds are not just from one or two hospitals but are fairly distributed among the 38 hospitals.

“The Health Ministry has also said that they would pick the bigger private hospitals with multidisciplinary wings, and not so much the smaller ones since it may be a bit difficult for them to manage these patients,” he added.

He noted that the government had also understood the potential financial impact on a smaller private hospital as a higher number of decantered patients would necessitate higher subsidies by the private sector.

“If this happens, the government might not actually be able to pay the amount that it would actually cost to treat the patient.

“We appreciate this gesture by the government,” Kuljit said.

which have sizeable stakes owned by government linked funds.

Both hospital groups have seen their occupancy rates impacted by the continued lockdowns.

Meanwhile, KPJ in its financial statements said it recorded an occupancy rate of 39% for the first quarter of 2021 against a 65% occupancy rate that was recorded in the previous year’s corresponding quarter.

“In the previous year, there was 2.5 months free of movement control order that resulted in a higher patient traffic that brought up the occupancy rate performance,” KPJ said. 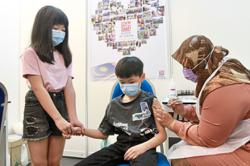