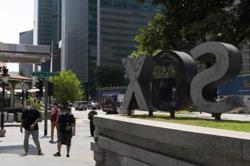 SINGAPORE: It might seem contradictory to invest in carbon-emitting polluters while pledging to be an eco-trailblaser but that’s exactly what Singapore state investor Temasek Holdings Pte is attempting to do.

As one of the world’s largest institutional investors, its US$282bil (RM1.19 trillion) portfolio is replete with businesses that contribute to global warming – from Singapore Airlines Ltd to Sembcorp Marine Ltd, a supplier of offshore rigs.

While peers like Norway’s sovereign wealth fund have used hard targets and the sale of assets to improve their green credentials, Temasek is taking a different path.

“We never said we will not invest in an emitter of carbon – as long as this emitter is on a journey, a path and we can be helpful in terms of how we can shift them,” Nagi Hamiyeh, Temasek International’s joint head of investments, said in an interview.

Temasek’s approach is emblematic of the delicate dance many global investors face, especially those laden with legacy assets that once belonged to the state.

The pressure of maintaining returns without causing social upheaval and job losses while pledging to be green can be hard to reconcile, especially in a city-state where refined fuels and chemicals accounted for almost a quarter of merchandise trade in 2019.

Temasek has pledged to halve the net carbon emissions of its portfolio compared with 2010 levels by 2030, and reach net-zero by 2050. It’s ramped up the amount of money it allocates to impact investment and environmental, social and governance funds.

In April, it teamed up with BlackRock Inc to form Decarbonisation Partners, aiming for a US$1bil (RM4.22bil) initial fund to back startups that can cut the world’s reliance on fossil fuels. It’s also backed an Indian renewable energy investment vehicle and a carbon trading platform.

But Temasek remains the biggest investor in two of the world’s biggest oil rig builders – Keppel Corp and Sembcorp Marine.

Last month its unit signed an agreement to help Keppel sell its built and uncompleted rigs, some of which could be used to mine fossil fuels.

The firm has also pumped billions of dollars into Singapore Airlines, a major global carrier. Hamiyeh said that unlike peers, the airline hasn’t cancelled new aircraft purchases, allowing it to upgrade to models that emit less carbon. The carrier has pledged to hit net zero by 2050.

The emissions attributable to Temasek’s portfolio jumped 36% to 30 million tonnes of carbon dioxide equivalent this year, from 22 million tonnes in 2011, according to the investor’s annual report.

Some of these energy and transportation stocks have been a drag on performance for Temasek, which last week reported a 10-year annualised gain of 7%.

Over the same period, Singapore Airlines’ annual decline was 2.1%, while Sembcorp Marine’s was 25% and Keppel’s 3.2%.