Carlsberg Malaysia hoped it can be allowed to operate when Phase 2 of the National Recovery Plan begins.

KUALA LUMPUR: Carlsberg Malaysia is appealing for the removal of breweries from the negative list in the National Security Council’s pandemic control standard operating procedures (SOPs).

In a statement on Friday, it said brewing is regulated by the Malaysia Food Act 1983 and it was appealing breweries be included within the food & beverages sub-sector’s positive list under manufacturing sectors.

Carlsberg Malaysia hoped it can be allowed to operate when Phase 2 of the National Recovery Plan begins.

Its managing director Stefano Clini (pic) said the company has fully complied with the government’s directive to suspend production operations since the full Movement Control Order commenced in June. According to members of the Confederation of Malaysian Brewers Bhd (CMBB), the brewing industry contributed more than RM2bil in direct and indirect taxes during the 2020 financial year.

Tax contributions fell by RM420mil in 2020 compared to 2019, which is a decline of 17% and they are expected to decrease further in 2021 with prolonged lockdowns.

This does not yet account for the losses in revenue or tax contributions by around 35,000 Malaysian businesses which rely on beer as a source of income, according to CMBB estimates.

Clini said: “We fear that a prolonged suspension will lead to an inevitable shortage for domestic markets and embolden illicit alcohol trade, posing a public health risk from unregulated contraband.

“As an international brand with a long history in Malaysia, we are also concerned that the ongoing disruption to our export sales could jeopardise national revenue and our competitiveness as an export production hub, especially if our export customers permanently switch to sourcing from neighbouring markets.”

According to CMBB, brewing is a highly automated process with a low number of on-site personnel during each shift, translating to significantly reduced risks of infection transmissions.

Carlsberg Malaysia has an average workplace density of 200 square meters per employee per shift at its brewery.

Since the start of the pandemic, Carlsberg Malaysia has taken further measures beyond the National Security Council’s standard operating procedures (SOPs) to prevent workplace infections.

The measures including performing more than 6,000 swab tests on employees, visitors and contractors at the brewery, installing hand sanitiser and handwashing stations with one at minimum for every 20 employees, daily uniform washing and upgraded locker rooms with showers to reduce the risk of pathogen transmissions via body surfaces and clothing, and introducing controlled people movement flows and zoning within the brewery.

“Our strict adherence to health and safety protocols and pandemic counter-measures at the brewery have resulted in zero workplace clusters since the start of the pandemic in March 2020,” added Clini. 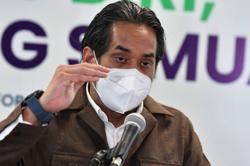 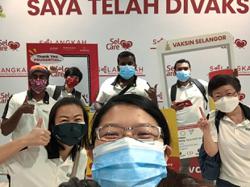