Green push: The solar panels that form TNB’s solar-wind-diesel hybrid power generating system are seen on Pulau Perhentian Kecil. The utility giant has outlined its aspiration to be the leading provider of sustainable energy solutions.

PETALING JAYA: Expectations are high among the investment community for further renewable energy (RE) plant awards by the government via the continuation of large-scale solar (LSS) contracts.

Following the robust bidding for the recently concluded LSS phase four tenders in March, TA Research said this was likely to lead to an acceleration of new LSS tenders.

“We believe that RE plant awards will continue to be dished out rapidly. This is likely through LSS tenders for plant capacities below 50 megawatts (MW), ” TA Research said in a report.

It also noted that the recent LSS phase four had attracted bids from some listed companies in various other industries that are not existing power producers. These companies included Advancecon Holdings Bhd, Solarvest Holdings Bhd

“Under the first four phases of LSS, a cumulative total capacity of 1, 634MW was awarded from September 2016 to March 2021. However, only 54% of the awarded capacity is operational currently, with the balance under progress, ” TA Research said.

It is expecting an additional RE capacity of around 2, 623MW that would be developed in Peninsular Malaysia from 2026 to 2039.

This would mean that by 2035, the country’s RE capacity mix will increase to 40%, where solar penetration is expected to reach 30% of peak demand.

“During this period, starting from 2029, after a hiatus of nine years since 2020, new thermal plants will finally be re-introduced into the system. However, they mainly comprise of gas-fired plants, which have significantly lower greenhouse gas emissions compared to coal, ” the research house said.

(TNB), it said that the new dynamics that are moving towards RE necessitate the power company to formulate long-term strategies so that it will remain relevant.

“Accordingly, TNB has outlined its aspiration to be the leading provider of sustainable energy solutions. Therefore, the group is realigning its generation mix towards cleaner energy sources, ” TA Research said.

“TNB targets to reduce the proportion of coal in its capacity mix from 37% in 2021 to 22% by 2039. This would be achieved through new RE generation and retirement of coal-fired plants that have reached the end of their lifespan, ” it added.

TNB is targeting to ramp up its RE generation capacity to 8.3 gigawatts which would also include large hydroelectric power plants by 2025. It also noted that this development came after the government had set the national RE capacity mix to reach 31% from 17% at present by 2025.

The government’s action is underpinned by the country’s pledge to reduce carbon emissions under the 2015 Paris Agreement to combat the climate change. “Against this backdrop, we believe that power companies need to shift their generation portfolio towards RE. On top of enhancing environmental, social, and governance scoring, this enables companies to remain relevant, given the gradual phasing out of high carbon dioxide emissions plants, ” TA Research said with an “overweight” recommendation on the power sector.

It pointed out that TNB had made the largest strides in RE so far, while Malakoff Bhd had also kickstarted RE efforts through various smallish new projects. TA also said that YTL Power International Bhd

needed to similarly increase efforts to venture into the RE space eventually. 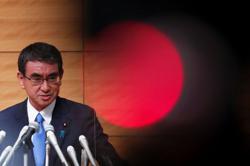