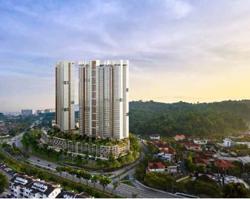 Sunway Property's Sarena Cheah: "“In Malaysia, we can see that well-priced products in good locations are still attracting genuine interest from new home buyers. Although we are setting higher sales targets, more than half of our sales are from overseas markets."

PETALING JAYA: Sunway Property is revising upwards its 2021 sales target to RM2.2bil from the RM1.6bil it had set in January this year, underpinned by the group’s strong performance in Singapore.

The property developer said its Singapore projects recorded sales in excess of RM1bil, which was mainly attributable to the successful launches of Ki Residences (a private condominium in Clementi) and Parc Central (an executive condominium in Tampines).

“The projects have achieved commendable take-ups of 55% and 80%, respectively, ” the company said in a statement.

On the local front, Sunway Property said the launch of Sunway Belfield, located within the Kuala Lumpur city centre, had also been well received.

“With a gross development value (GDV) of RM330mil, the first tower of the development has almost sold out despite being launched in January 2021.”

In view of the strong interest, the developer has brought forward the launch of the second tower at Sunway Belfield (artist impression, below), which has a GDV of another RM360mil.

“Overall, the take-up for both towers at Sunway Belfield is about 75%, ” said Sunway Property. 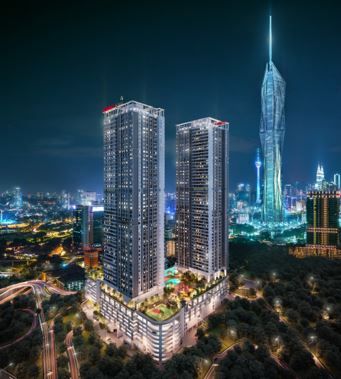 “In Malaysia, we can see that well-priced products in good locations are still attracting genuine interest from new home buyers.

“Although we are setting higher sales targets, more than half of our sales are from overseas markets.

“The local property market is still challenging and we can see that buyers are appreciative of all government efforts in helping them own their first home, ” she said.

Due to increased market volatility, Cheah said Sunway Property is deepening its customer research, monitoring changing preferences and adjusting its launches whenever required.

“As a result, we have realigned the composition of the projects to be launched in the second half, based on our insights of the rapidly-changing demands.”

In line with the changing lifestyle needs and preferences, Sunway Property said the majority of its new launches will have larger usable spaces.

It said this would include more units with four rooms providing flexibility for a home office, separate wet and dry kitchens to cater for increased home cooking and co-working spaces, which provide the flexibility for residents to work away from their unit while still in the same development.

“All developments will be supported by WiFi connectivity and facility spaces for those who wish to organise meetings and discussions in private, ” it said.

The developer said there will also be an enhanced focus on affordability, as some of the new launches will have units with prices starting from RM300, 000.

In spite of challenges posed by various lockdowns in 2020 and 2021, Sunway Property said it is working hard towards handing over a total of 570 units of new homes.

With regards to sustainability of earnings, Sunway Property said it had also been active in replenishing its land bank.

In the first half of 2021 alone, the company acquired two parcels of prime freehold land totalling 10 acres for transit-oriented developments, with potential GDV of RM1.4bil. 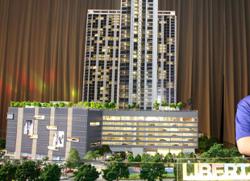