KUALA LUMPUR: UOB Kay Hian Malaysia Research has downgraded the glove sector to underweight from market weight as it fears the moderation of earnings over 2022-23 would drag on sentiment.

In its report on Tuesday, it added that due to the lofty average selling prices (ASPs), the glove makers could revert sharper than expected. Inventory levels in the US are said to have almost restocked to pre-Covid-19 levels, it said.

“We think it could be a bellwether indicator for other key developed countries with similar successful vaccination rollout programmes, which reflect a moderation in demand, ” it said.

UOB Kay Hian Research said it attempts to factor in the possible downside by ascribing its price-to-earnings (PE) valuation component of its sum-of-parts to a -one standard deviation from mean for all the respective companies under its coverage.

“These target prices suggest further downside. Given the unfavourable reward-to-risk payoff, we suggest investors minimise their exposure to the sector, ” it said.

On the recent earnings by the glove makers, the research house said sector earnings came in largely within expectations, with Top Glove falling below expectations on the back of its withhold release order (WRO) by the US Customs and Border Protection (CBP).

Sector top-line contracted 1.9% quarter-on-quarter on the back of volume declining by 2.7% while ASPs grew at 5.6%. Covid-19 outbreak among Hartalega

and Supermax’s labour workforce stifled utilisation rates while Top Glove was weighed by its WRO.

Meanwhile, with the exception of Top Glove’s ASPs declining 4%, ASPs grew between 40-50% on a quarter-on-quarter (qoq) basis, as the rest narrowed its ASPs to Top Glove. Sector

UOB Kay Hian Research said Top Glove’s ASPs were among the earliest to see ASP weakness, in April. This was attributed to it commanding among the highest ASPs among its peers combined with the dispensation of Covid-19 vaccines.

The ASP differential has significantly narrowed as Top Glove was hit by the tightening of its WRO by the US CBP. 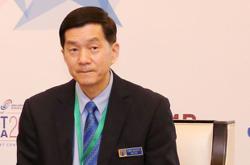