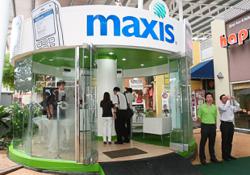 edged up in early trade Thursday despite posting earnings that came in below market expectations.

The group has declared an interim dividend of 4 sen, payable on July 23.

Kenanga Research said Scientex’s 9MFY21 core net profit of RM304mil fell short of the house/street’s estimates at 69% each, mainly due to weaker-than-expected revenue while dividend per share of 4.0 sen also came in below.

“We believe the deviation was mainly due to the weaker-than-expected revenue of RM2.7bil, making up only 67% of our/street estimates.

“DPS of 4.0 sen made up 47% of our FY21E DPS of 8.5 sen. We lowered the dividend forecast to 7.6 sen, which still implies a higher payout as Scientex tends to pay slightly more in the fourth quarter,” it said.

In the near term, Kenanga expects plastics ASPs to trend down in tandem with resin prices, and for plastics volumes to increase.

“That said, as resin prices are gradually trending down, we suspect that ASPs will be falling at a slower rate, thus expect marginal plastics manufacturing margin expansion in the near-term.

“The near-term outlook for the property segment remains subdued, as FMCO will likely delay progress billings in 4QFY21, and continued softer MCOs in subsequent periods may continue to hinder progress billings,” it said.

Kenanga has maintained a ‘market perform’ on Scientex with a slightly higher SoP-derived target price of RM3.80 (from RM3.75) as it roll forward its valuation base to FY22.

“We maintain our ascribed 12.5x PER for the property segment and 14.5x for the plastics segment,” it said.

TA Securities said Scientex’s 9MFY21 core net profit of RM302.5mil came in within expectation at 72% and 69% of the house and consensus’ full-year estimates.

The research house has maintained its ‘buy’ call on Scientex with an unchanged target price of RM5.05 per share based on SOP valuation.