It said in a statement that the parties will acquire majority stakes in three hydropower plant projects via a special purpose vehicle formed between KAB Energy Power and Janakuasa.

The projects have existing power purchase agreements with state-owned utility company Vietnam Electricity, expiring between 2030 and 2039, and have an aggregate installed capacity of 180MW of power.

The projects commenced commercial operations between 2015 and 2019.

“This agreement demonstrates KAB’s commitment to expand its green energy solutions division, as well as growing its footprint in the Asian region.

"We are proud to be given an opportunity to form a synergistic partnership with Janakuasa as we are able to leverage on their experience and know-hows," said KAB managing director Datuk Lai Keng Onn.

He added that demand for energy in Vietnam has increased exponentially given its promising economic growth and growing population, making it an attractive investment destination for the development of multiple renewable assets in Southeast Asia.

Both KAB Energy Power and Janakuasa will actively seek to further increase its renewable portfolio in Vietnam and support the Vietnamese government to meet its renewable energy targets in the shortest possible time, it said. 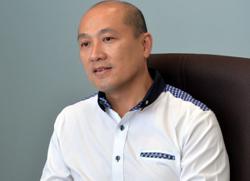