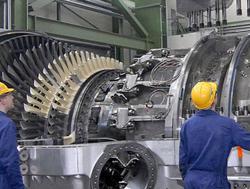 Finance Minister Tengku Zafrul says Malaysia’s economy is expected to gradually recover as the National COVID-19 Immunisation Programme gains pace and the NRP thresholds are met for a broader reopening of economic and social activities.

S&P has affirmed Malaysia’s foreign currency and local currency long-term issuer ratings at A- and A, respectively, with a negative outlook.

"(This affirmation) demonstrates S&P’s confidence in Malaysia amid unprecedented credit rating pressures globally, where approximately 20% of all sovereigns with negative outlooks as at end of 2020 have been downgraded by credit rating agencies thus far,” Finance Minister Tengku Datuk Seri Zafrul Abdul Aziz said in a statement today.

Guided by thresholds based on the average daily COVID-19 new cases, utilisation rate of intensive care unit (ICU) beds and the percentage of population fully vaccinated, the NRP will enable the people, businesses and investors to plan accordingly as Malaysia moves from one phase to the next.

"This provides certainty and clarity especially in terms of reopening economic and social sectors once the thresholds are met.

"Notably, S&P has highlighted that since the implementation of the first phase on June 1, 2021, cases have stabilised over the two weeks prior, and Malaysia’s economic recovery will likely be gradual in the second half of the year, owing to the government’s cautious reopening approach,” said Tengku Zafrul.

So far, Malaysia has managed to reduce the average daily cases from a high of 8,000 to about 5,000 while maintaining a case-fatality ratio of less than 0.6 per cent, he said, adding that this is supported by a recovery rate of more than 85 per cent.

He said in reinforcing growth prospects, the government has implemented stimulus and assistance packages valued at RM380 billion since the onset of the pandemic, and an annual budget worth RM322.5 billion for 2021.

Of the measures under Budget 2021 and those packages, at least RM300 billion are still ongoing, and these are expected to support economic recovery, particularly throughout the different phases of the NRP.

"Over the medium term, the government remains steadfast in pursuing the ongoing structural reforms to enhance the economy’s growth potential. This includes the implementation of the National Investment Aspirations to attract higher quality investments that generate higher-skilled and better-paying jobs,” the minister said.

Tengku Zafrul said Malaysia’s economy is expected to gradually recover as the National COVID-19 Immunisation Programme gains pace and the NRP thresholds are met for a broader reopening of economic and social activities.

"Other factors that will drive Malaysia’s economic recovery include improving external demand from major trading partners, along with a diversified economy and implementation of infrastructure projects with high multiplier impact,” said the minister.

Notably, S&P has acknowledged that Malaysia’s mature electrical and electronics (E&E) manufacturing sector is well-positioned to benefit from a global surge in demand and the global tech upcycle, supporting exports for the next one to two years.

The government also remains committed to medium-term fiscal consolidation as well as ensuring fiscal sustainability of the country.

Guided by the Medium-Term Fiscal Framework, the estimated budget deficit of six per cent this year is expected to decrease to an average of 4.5 per cent between 2021 and 2023, based on the assumption of higher crude oil prices, as well as the reduced requirement for pandemic-related fiscal support.

Malaysia has consistently recorded a current account surplus over the past two decades with its largest ever trade surplus of RM184.8 billion in 2020, equivalent to 4.4 per cent of Gross Domestic Product (GDP).

"This is further supported by adequate international reserves, large external assets held by banks and corporates, as well as net foreign currency external asset position of RM1.1 trillion or 77 per cent of GDP as at end-March 2021.

"Together with a floating foreign-exchange regime, these factors underpin Malaysia’s ability to withstand external shocks,” the minister said.

"Moreover, Malaysia’s retention in the FTSE Russell’s World Government Bond Index is testimony to its well-developed capital market, as well as strong macroeconomic fundamentals and resilience,” he said.

He noted that overall, the government's current priority is to protect lives from the threat of COVID-19 and ensure the country’s economic growth prospects remain strong in the medium to longer term, guided by the NRP and the principles of prudent financial management.

"Enhanced efforts towards fiscal consolidation measures will be implemented in phases in the medium to longer-term, when the economy shows further signs of recovery.

"This will balance short-term fiscal requirements with long- term fiscal and economic sustainability. The government will continue to respond strategically, proactively and decisively under this challenging COVID-19 environment, while also ensuring that permanent economic scarring from the pandemic is minimised,” he concluded. 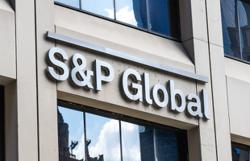 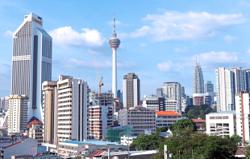