Malaysia and Asean acknowledge that the Chinese mainland and Hong Kong is a huge and diverse place, and is developing rapidly with abundant opportunities to tap into.

HONG Kong begins to move from chaos to normalcy.

It has since maintained its economic edge amid the pandemic, with robust stock and real estate markets, and a considerable influx of foreign capital.

With a more stable business environment, investors’ confidence in the Hong Kong market is growing.

Currently, although the global economy is still plagued by the Covid-19 pandemic, at least political uncertainty is no longer a major source of concern for investors.

I see signs that Hong Kong youths are also embracing opportunities on the mainland in a more active way.

Indeed, there is an even broader development stage ahead.

The 2021 budget listed concrete measures to participate in the country’s Dual Circulation strategy, including multiple initiatives to deeply integrate the city with national development – the most important being electoral reform. 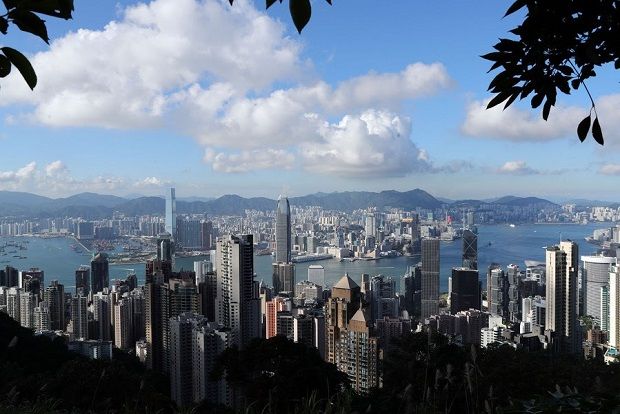 After traumatic protests in the previous year, society healed the wounds while battling a crippling epidemic, with positive signs of change on the streets, on campuses, and in people’s vision for the future.

As I see it, the changes have been sustained by the Hong Kong people’s resilience in times of hardship, together with timely support from the central government, which took decisive action to steer the city on the right course.

Explicit requirements have been laid out for aspiring lawmakers to uphold Hong Kong’s Basic Law, and honour their pledge of allegiance to the Hong Kong Special Administration Region (HKSAR).

The effect of the National Security Law is “obvious and direct”: contrary to misperceptions, Hong Kong residents continue to enjoy legitimate rights and freedoms enshrined in the Basic Law, and have extra protection from national security threats.

The changes on campuses have also been remarkable.

Today’s calm atmosphere is a far cry from that during the protest movement, when campuses became battlefields, and the education system was dragged into a political vortex.

This has created better conditions for most students to focus on their studies.

The city’s legislature is now back on track, after the central authorities clarified the qualification of Hong Kong lawmakers. Given the improved situation in the legislature, the government had proposed five legislative amendments this year, including empowering the city’s privacy watchdog to carry out criminal investigations into disclosures of identity, addresses or other personal details, and introducing overseas-trained doctors to ease the city’s acute shortage. HKSAR’s integration

Hong Kong’s political and business leaders appear confident there will be unlimited business and investment opportunities.

As I see it, the newly promulgated China 14th Five-Year Plan (2021-25) for National Economic and Social Development, offers proposals to (i) back the further integration of Hong Kong into national development, and steps to (ii) optimise policies and measures to encourage people from the SAR to live and work on the Chinese mainland. These were unveiled in the 14th Plan and the Long-Range Objectives Through the Year 2035.

It will support Hong Kong to buttress its role as a global financial, shipping, trade and aviation hub, as well as the centre for off-shore renminbi trading, international capital and risk management.

That is, to make Hong Kong an international finance, innovation and technology pivot.

Indeed, interest in innovation and technology has grown rapidly in Hong Kong, partly as a result of the incentive policies offered by the Hong Kong government in recent years.

The number of startups, mostly based at Hong Kong Science Park, has also multiplied.

These startups will need a bigger base on which to grow their business, and a bigger market to which their innovative products can be offered.

Both requirements are met by access to the mainland’s vast hinterland.

To me, deeper regional integration will not only enable Hong Kong to give full play to its traditional strengths in financial services, but also sharpens its edge as a hub balancing the domestic and external markets.

The 14th Five-Year Plan will create cross-border financial opportunities to promote Hong Kong’s role as an international financial centre, as well as a global offshore renminbi business, asset management, and risk management hub. This has been given prominence.

The recently launched Wealth Management Connect was another milestone in financial cooperation.

Apart from being a financial and technology and innovation hub, Hong Kong could capitalise on its status as an international aviation hub to become a freight centre of the burgeoning cross-border e-commerce, which has gained traction amid the pandemic.

Covid-19 has accelerated the progress in this development, making now an opportune time for the country to further develop e-commerce in overseas markets.

The electoral system is to be improved through revision and adjustment to the Basic Law, and the policy of “one country, two systems”.

The improved electoral system is expected to reshape Hong Kong’s political environment and guide its democratic politics as follows:

> Reform to facilitate the implementation of the principle of “patriots to administer Hong Kong”;

> Reform to ensure SAR’s electoral security, prevent its legislative and executive powers from falling into the hands of anti-Chinese and anti-Hong Kong forces, and therefore, pre-empt a constitutional crisis or demand for “full autonomy” which could turn the city into a subversive base;

> Reform to guarantee the central authorities have the decision-making powers for Hong Kong’s electoral system to establish the legal framework to strengthen “one country, two systems”;

> Implementation of the “patriots administering Hong Kong” principle will create a new type of political culture in which Hong Kong residents can build a basic institutional consensus to optimise its governance system;

> The post-reform electoral system will have no space for extremist forces or external intervention in Hong Kong’s politics; and

> The new electoral system will help free Hong Kong from the “excessive politicisation” trap, restore unity in Hong Kong society by helping it to adapt to the national standards on education, culture, governance, instill among Hong Kong residents a greater sense of patriotism, and improve the institutional order of “one country, two systems”.

In short, the central authorities have the obligation to improve Hong Kong’s electoral system in order for it to better serve the interests of Hong Kong.

Malaysia and Asean acknowledge that the Chinese mainland and Hong Kong is a huge and diverse place, and is developing rapidly with abundant opportunities to tap into.

The central government would be well advised to facilitate, in particular, Hong Kong youths’ understanding, first-hand, of such opportunities.

As the Hong Kong economy is made up primarily of financial and trade services, many young science, technology and engineering professionals are often caught in a mismatch between training and their careers. As I see it, such a problem can only be addressed by young talents stepping onto the mainland career ladder.

This work is not straightforward by any means, but there is a need to appreciate its significance. And, I hope the central government can facilitate this.

Among Hong Kong’s eight universities, I gathered at least five of them have plans to set up campuses in the Bay Area. A more robust academic environment could facilitate a diversified economy, and Hong Kong has to focus more on academic integration and plan ahead for better engagement.

In the end, most importantly, Hong Kong can truly benefit from the mainland’s market of 1.4 billion people and integrate into the Guangdong-Hong Kong-Macao Greater Bay Area only by adhering to the principle of “patriots administering Hong Kong”.

The participation of more patriots will also help people from all walks of life in Hong Kong to seize the new economic growth momentum.

With Covid-19 unlikely to be contained in the European Union and the United States in the short term, the continued economic slump will further weaken their demand for imported goods. As such, Hong Kong’s exports to the EU and US are likely to see low, if not negative, growth.

Meanwhile, the mainland’s economy is back on the growth track, with domestic demand gradually rebounding.

They will also help the SAR develop into a more active platform for the Belt and Road Initiative, explore new markets in Belt and Road countries in South-East Asia, and expand its economic and trade cooperation with them; and thus put Hong Kong firmly on the road to greater prosperity – a benefit which all in Asean, including Malaysia, can be a part of.

Former banker, Harvard educated economist and British Chartered Scientist, Prof Lin of Sunway University is the author of “Trying Troubled Times Amid Trauma & Tumult, 2017-2019” (Pearson, 2019). Feedback is most welcome. The views expressed here are the writer’s own.