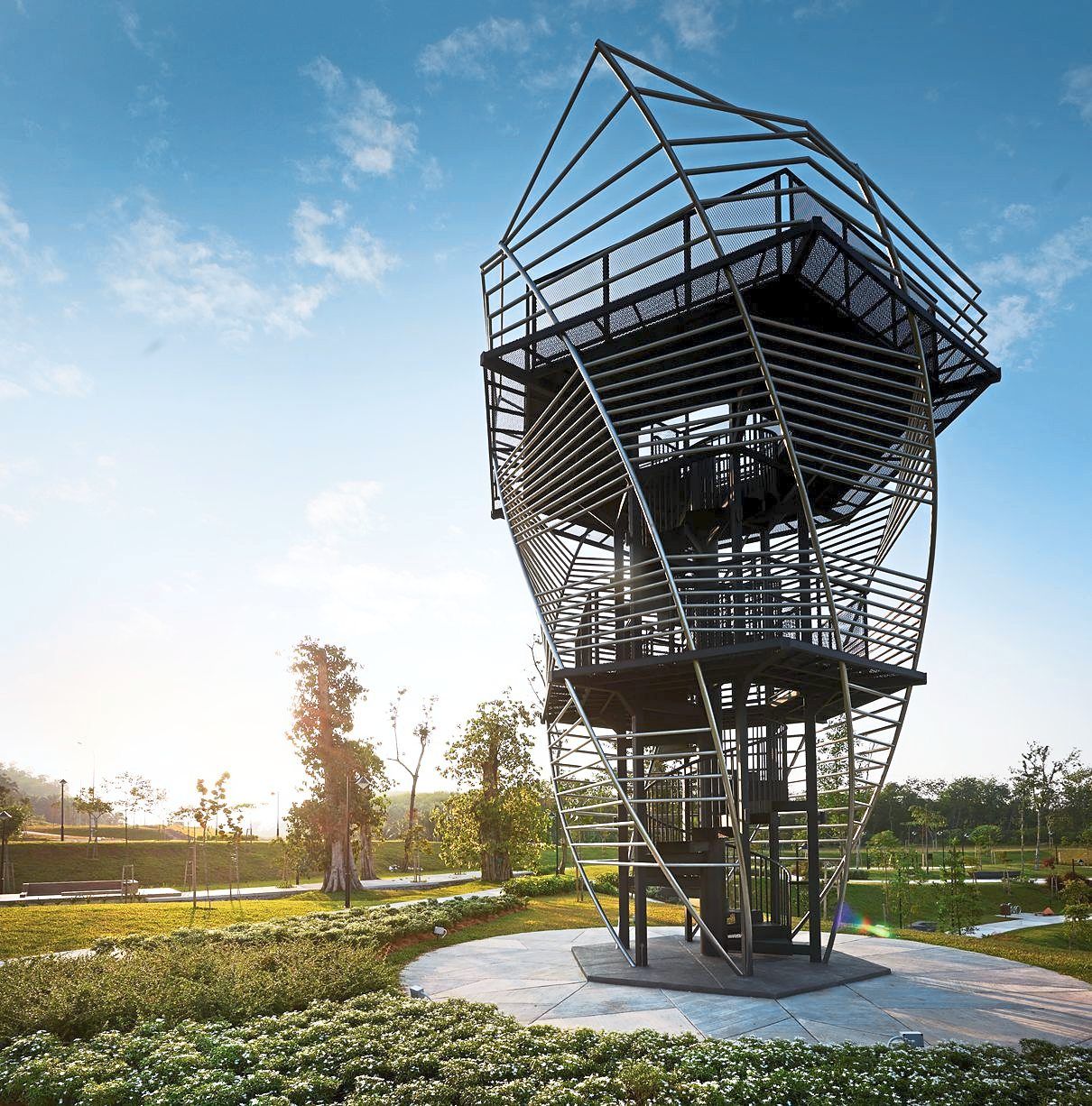 Going well: The signature pavillion at the South Creek community park in Setia EcoHill 2. Its Acorus project, which was launched via a special online preview, saw its double-storey terrace units being fully taken up before Chinese New Year.

THE property sector has more room to run as the economy starts to recover in the second half of 2021 with herd immunity to Covid-19 expected by end-2021, according to PublicInvest Research.

The research unit has upgraded its property sector call to “overweight” on expectations that sector valuations will improve with better pre-sales kicking in.

Property players are now on a stronger footing with their “kitchen-sinking” of inventories last year, and have proven their resilience despite a few months of zero revenue due to lockdown restrictions, says the research unit.

It notes that cyclical stocks are starting to see recovery pick up speed after the Covid-19 vaccination drive started early this year.

The research unit also expects the momentum of property sales to continue into the second half of 2021 (if not better) with the Covid-19 vaccination programme gaining more traction.

“Based on new launches of late, we note that the appetite for property is still good, with some launches taken up within days. For example, S P Setia Bhd reported that sales for the first quarter of 2021 were encouraging despite the weak market sentiment,” says PublicInvest Research.

Acorus at Setia EcoHill 2 in Semenyih was launched via a special online preview, which saw its double-storey terrace units (20ftx65ft) being fully taken up before Chinese New Year.

Following this success, Acorus 2 was launched in March and 70% of the units were taken up on the first day of its launch.

The latest phase of Setia Alam‘s Bywater Homes collection in Shah Alam, Plenum, also received overwhelming response from its online launch in mid-March, as all its double-storey units (22ftx70 ft) were fully booked within an hour.

More recently, Glades of Westlake (with a gross development value or GDV of RM156mil) – which is the second last island phase of Setia Eco Glades in Cyberjaya – was launched towards the end of March.

PublicInvest Research also points out that based on recent National Property Information Centre (Napic) data, the residential overhang situation has improved slightly with 29,565 overhang units worth RM18.9bil recorded in the fourth quarter of 2020 (with a further decrease of 0.3% quarter-on-quarter or q-o-q in the first quarter of 2021), a drop of 3.6% in volume.

Johor still has the highest number and value of overhang in the country with 7,030 units worth RM5.48bil, accounting for 23.8% and 29% respectively of the national total.

The research unit notes that in the first quarter of 2021, residential sales improved by 26% y-o-y but eased 6% q-o-q.

Despite loan approvals dropping by 17% y-o-y, loan applications were steady with a 2% y-o-y increase, suggesting property demand is still healthy though financing is still difficult given the economic stress.

The property sector is currently trading at an undemanding 71% discount to the book value.

The research unit also notes that the property sector is now increasingly being consolidated, dominated by a few large property players with land banks that have a GDV potential of almost RM100bil.

“We estimate that the top-seven developers alone have more than 70% of the market share in Malaysia out of more than 1,000 property developers.

“The big developers could benefit the most if the sector rebounds going into next year with their scale advantage and well-located land banks with low holding costs.”