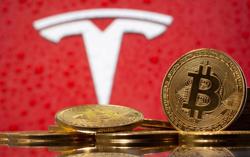 Digital conundrum: Two workers are seen inspecting the area at a bitcoin mining company in Quebec, Canada. The virtual currency is facing a range of issues, from institutional adoption to sustainability. ― AFP

SINGAPORE: Bitcoin jumped above US$39, 000 (RM160, 524) after Elon Musk said Tesla Inc would resume transactions with the cryptocurrency when mining is done with more clean energy.

His posting was in reply to a report in Cointelegraph, which cited Magda Wierzycka, executive chair of South African asset manager Sygnia, as saying Musk’s recent tweets on bitcoin should have prompted an investigation by the United States Securities and Exchange Commission.

“The tweet added to positive momentum as Musk’s stance seems to be moderating and providing a target that’s not far away, ” said Jonathan Cheesman, head of over-the-counter and institutional sales at crypto derivatives exchange FTX. “The rally was already underway as the market speculates about an imminent purchase from MicroStrategy Inc and the G7 comments on crypto were neutral, even optimistic, about digital innovation.”

MicroStrategy, whose chief executive officer Michael Saylor has become a vocal bitcoin evangelist, last week boosted a junk-bond offering for the purposes of buying the cryptocurrency to US$500mil (RM2.05bil) from US$400mil (RM1.64bil).

Musk has whipsawed bitcoin and other digital tokens in the past few months. In February, Tesla announced it had bought US$1.5bil (RM6.17bil) in bitcoin and signalled its intent to start accepting bitcoin as payment for vehicles. In March, Musk tweeted, “you can now buy a Tesla with bitcoin, ” only to say in May that the practice was suspended due to concerns about fossil-fuel usage for bitcoin mining and transactions.

The U-turn has been controversial, as Wierzycka’s reported comments indicate, partially because the moves by Tesla and Musk have had noticeable effects on bitcoin’s price. While there are other issues, ranging from institutional adoption and diversification to sustainability and regulatory concerns, a Musk tweet can change momentum and dominate the narrative for days or weeks. ― Bloomberg 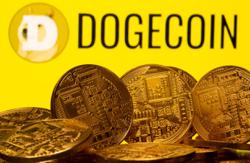