’s share price fell to a low of RM5.17 on Wednesday on news that a buyer -- US electric pick-up truck start-up Lordstown Motor Corp-- does not have enough cash for full commercial production.

The Wall Street Journal reported the electric-truck startup Lordstown Motors disclosed that it doesn’t have sufficient cash to start full commercial production and has doubts about whether it can continue as a going concern through the end of the year.

The disclosure Tuesday marks the latest trouble for Lordstown Motors, one of several electric-vehicle and battery startups that went public last year through reverse mergers with special-purpose acquisition companies, or SPACs, according to WSJ.

Lordstown Motors amended its annual report to include the going-concern notice, which can flag survival problems for businesses. The warning comes as new challenges emerge for the two-year-old company that is trying to convert a former General Motors Co. plant in Ohio to produce electric pickup trucks. It has said its first model, the Endurance, will start production in September, the WSJ reported.

PublicInvest Research had in a research note in October 2020 said Greatech recently clinched an order from Lordstown Motors Corp for the supply a single battery pack assembly line.

Based on the outstanding orderbook that Greatech revealed in its 2QFY20 results of RM295mil, PIVB Research estimated the contract value for this assembly line to be approximately RM100mil.

The remaining 7%, approximately RM24mil, is from other segments. The current orderbook is mostly made up of orders from Lordstown Motors.

Meanwhile, theedgemarkets.com quoted Greatech executive director and chief executive officer (CEO) Tan Eng Kee as saying the group will not be affected by the issues at Lordstown Motor, adding Greatech still expects to meet its targets for 2021 and 2022.

Tan was quoted saying Greatech has communicated with Lordstown Motors, and that the latter said it would try to raise funds for commercial production. 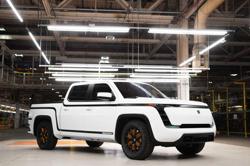 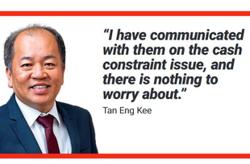