Astro currently has four OTTs under its belt – Astro GO, iQIYI, HBO GO and the recently announced Disney Hotstar. It continues to negotiate to add more OTTs this year and next year, AmInvestment Research house said.

’s strategy of bundling multiple over-the-top (OTT) subscriptions under one umbrella is viewed positively by some analysts and is in line with global trends.

Users normally have multiple streaming services for their content needs, but increasingly, global players are bundling services together to retain existing users in aiming for a bigger slice of revenue.

AmInvestment Research viewed the bundling move positively. It said the appeal by subscribing through Astro would be that OTT offerings were usually bundled at cheaper prices compared to individual subscriptions.

Astro’s strength is in vernacular content, 74% TV household penetration and a library of offerings via OTT partnerships where partners also benefit from the group’s reach.

It believes this strategy could cushion and potentially offset the erosion in its subscription revenues.

Astro currently has four OTTs under its belt – Astro GO, iQIYI, HBO GO and the recently announced Disney+ Hotstar. It continues to negotiate to add more OTTs this year and next year, the research house said.

Astro’s appointment as the official distributor of Disney+ Hotstar brings together Hollywood movies and award-winning content from Disney, Pixar, Marvel, Star Wars and the National Geographic Society, as well as Malaysian cinema releases and homegrown hits.

Moving ahead, Astro plans to launch its own streaming platform known as Sooka in the second quarter of financial year 2022 (FY22). This is to offer vernacular content and premium live sports targeting Millennials.

“We are positive on this development, given that Sooka offers small-screen content for those who prefer to not have a pay-TV subscription, thus still addressing this market segment, given Astro’s strength in vernacular content which contributes 64% of its TV viewership share in FY21, ’’ it said.

Sports, English and international content make up the remaining 36%, notwithstanding a mega sporting year in FY22 with UEFA Euro 2020, the Premier League and the NBA, among others.

Based on all that, it has upgraded Astro to a “buy” from a “hold’’ with a higher fair value of RM1.83 per share.

It also cited risks of lower-than-expected subscription uptake, softer adex due to Covid-19 restrictions and the impact on consumer and business sentiment, and intensified competition within the OTT space due to piracy and illegal streaming alternatives. 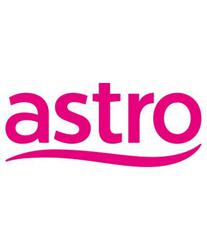