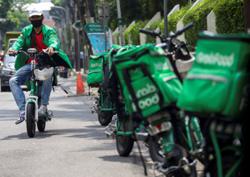 TAIPEI: Few things evoke fear in equity markets like a margin call. On Wednesday that fear turned into panic in Taiwan, offering another warning for the world on what can happen when leverage unwinds.

The trading day started out quiet in Taipei’s $2 trillion stock bourse. But before the morning was over, the local stock benchmark had plummeted almost 9% in the worst one-day performance in the gauge’s 54-year history.

There were reasons to sell. New data showed a worsening Covid-19 outbreak in an island where almost no one is vaccinated. A deepening slump in global tech shares which undermined the appeal of a market dominated by the industry. But the swiftness of the plunge that followed suggests bigger forces were at play.

For months, bull market skeptics around the world have warned that surging leverage is making equity markets riskier -- and the blowup of Archegos Capital Management in March served as a reminder of that.

Yet stocks have continued to rise, with the MSCI All-Country World Index closing at a record as recently as Friday. In the U.S., margin debt topped $822 billion by the end of March -- the latest available data. That’s up 72% year on year.

On a smaller scale, the same happened in Taiwan. Armed with conviction, and with history on their side, investors took on increasing amounts of leverage. The result was a 46% expansion in margin debt this year to about NT$274 billion ($9.8 billion) two weeks ago, the highest since 2011.

By comparison, the Taiwan benchmark was up just 19% in that period, an indication that people were taking out loans faster than stocks were appreciating.

Gains extended this year as the pandemic created a shortage of chips, with the index rising for seven straight months through April.

The euphoria began to unravel this week as the threat of inflation sank the Nasdaq, with tech stocks around the world following suit. As the Taiex sank 3.8% on Tuesday in Taiwan, the level of margin debt fell by NT$12.6 billion, the most since October 2018. That suggests traders faced margin calls by brokers to cover losses in their stock accounts.

Wednesday’s record rout is likely to have spurred a bigger unwinding of leverage. (Comparatives are skewed by the widening of daily price limits for individual stocks in 2015.)

"Margin trading boosted the Taiex over the past few months, which may add to declines if they face margin calls, ” said MasterLink Securities Investment Advisory President Paul Cheng.

The fear of further losses was evident in a stock market where individual investors account for about 60% of transactions. The derivatives market burst with activity: more than 1.75 million options tracking the Taiex changed hands on Wednesday, the third-busiest day since 2016. Traders snapped up bearish contracts even as dozens of short-term options expired, with the price of one put surging as much as 7,757%.

KGI Securities’ trader Kevin Lee, who has been a local stocks trader for a decade, said clients started to panic as the morning wore on.

"There were non-stop orders coming in, ” Lee said. "Investors were crazy as there were lots of news during trading hours and we didn’t know if they were true or not.”

By the end of the day, the index had pared its losses to 4.1%. But the damage to investor confidence was already done. - Bloomberg 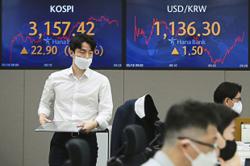 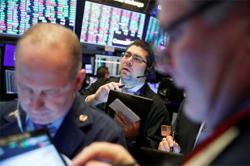