In a statement, the MoF said the suits were filed last Friday in the government’s continuing efforts to recover the losses suffered by 1MDB and SRC.

“Six of these writs were filed by 1MDB, while 16 were by SRC for the recovery of assets with a combined total in excess of RM96.60bil (US$23bil), including approximately RM300mil against various local parties, ” it said.

The MoF said the legal representatives of 1MDB had filed civil suits against nine entities (including two foreign financial institutions) and 25 individuals for various wrongdoings.

As for the writs filed by SRC, they are against 15 individuals and eight entities for various wrongdoings.

“1MDB and SRC contend that these entities and/or individuals have been unjustly enriched by wrongfully receiving monies from 1MDB or SRC, ” it said. 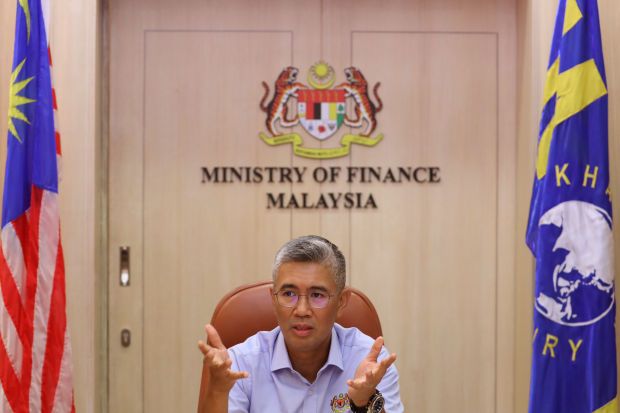 Finance Minister Tengku Datuk Seri Zafrul Aziz (pic above) stated following significant and successful settlements with Goldman Sachs, AmBank Group and Deloitte PLT, the government’s recovery efforts are now focused on pursuing other wrongdoers who have caused losses to 1MDB and/or SRC during the execution of their duties, as parties directly or indirectly involved in 1MDB and/or SRC’s various operations and transactions.

“As previously mentioned, the government will not rest until all those involved are made fully accountable for the wrongdoings caused to the country through their involvement in 1MDB and/or SRC, ” he said.

Soon, the government will also receive RM2.83bil from the Ambank Group and RM336mil (US$80mil) from Deloitte PLT.

All proceeds from the 1MDB asset recovery efforts including any future settlements are deposited into the Asset Recovery Trust Account under the custody of the Accountant General’s Department of Malaysia.

The MoF pointed out these settlements will not affect or compromise Malaysia’s claims against other wrongdoers for the losses caused to 1MDB and SRC, and they will continue to be pursued through both the criminal and civil justice systems.