Bhd gapped up yesterday in a show of bullish momentum.

At present, the slow-stochastic is grazing the overbought line but continues to display strong momentum. The 14-day relative strength index (RSI) is also rising at a bullish 67 points. 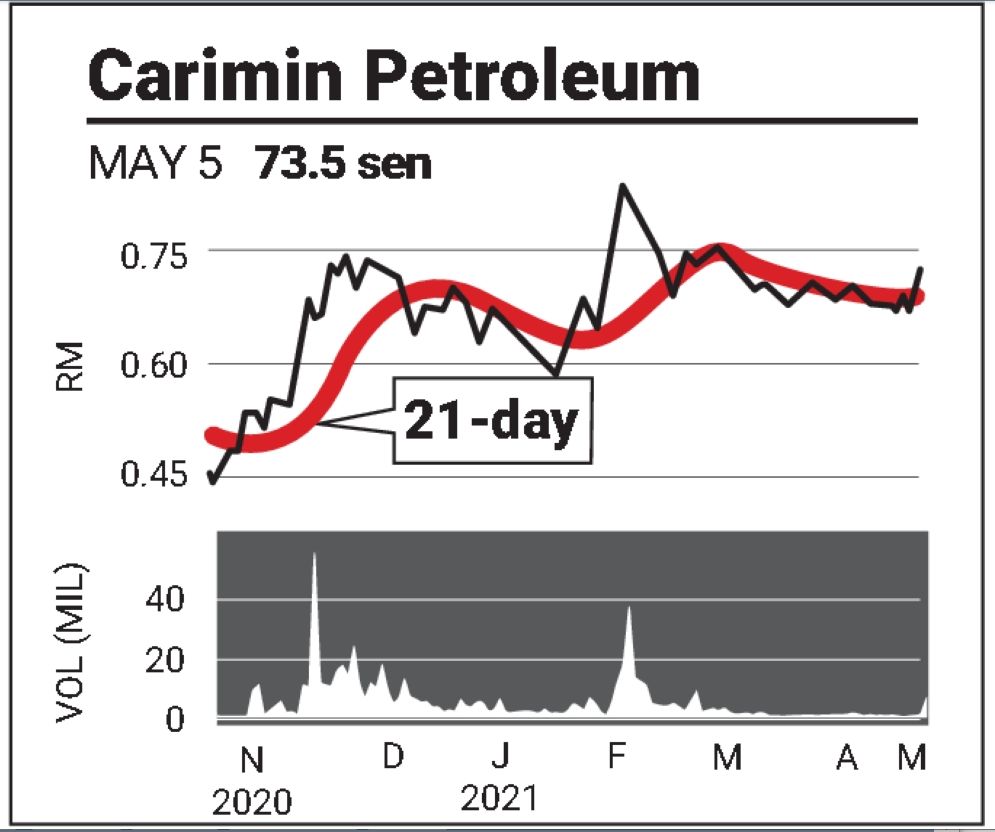 made a strong advance past the 50-day SMA yesterday as it broke free of the range-bound trading channel.

The share price is now moving above all the key SMAs.

Following the breakout, the stock is headed towards the next resistance of 76.5 sen before attempting to scale to the February high of 84.5 sen.

The slow-stochastic is looking positive at 62 points while the RSI has risen past 70 points, but remains healthy given the upward trajectory. 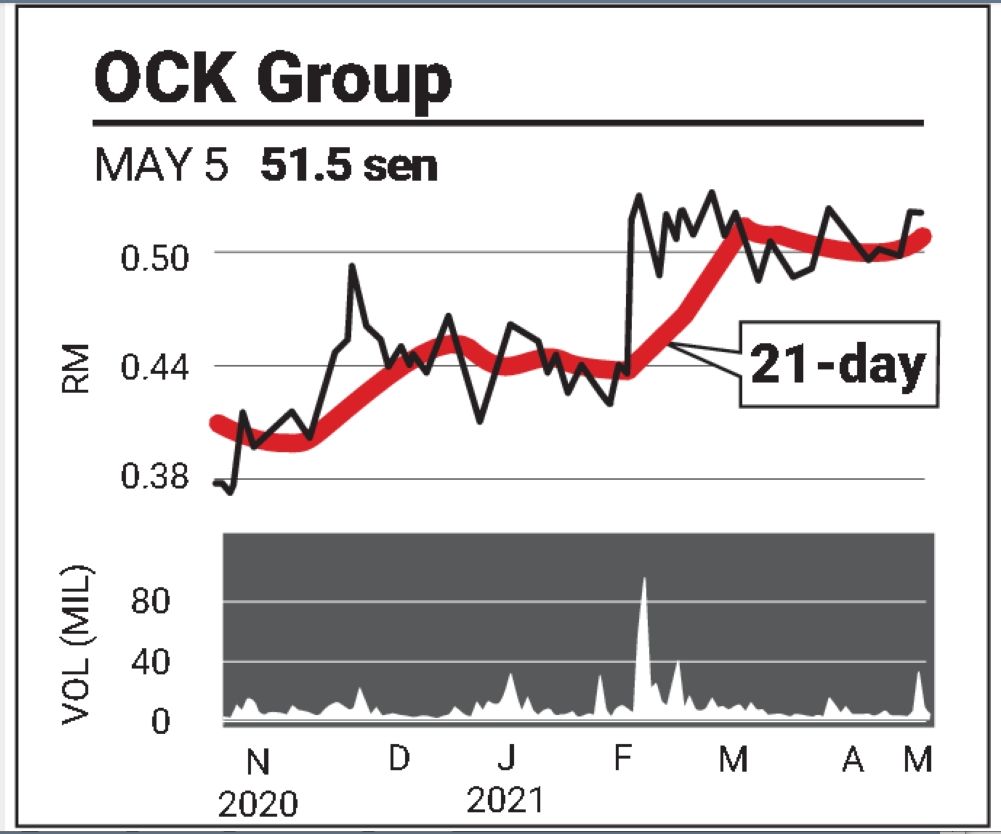 was slightly lower yesterday, failing to capitalise on growing momentum after making a bullish breakout on Monday.

While investor buying has slowed on the counter, the positive signs remains for a further advance.

Overhead, the share price has to overcome the immediate resistance of 54 sen, a crossing of which would see the stock rise towards the higher price target of 58 sen.

The SMAs below are ticking higher, offering lift to the share price.

Both slow-stochastic and RSI are displaying bullish momentum while the daily moving average convergence/divergence line has perked up above the signal line.