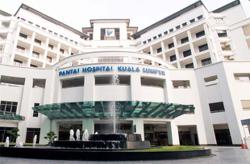 . private, according to people with knowledge of the matter.

Some private equity firms have approached the Japanese trading house to team up on the potential transaction to buy out IHH’s other shareholders, said one of the people, who asked not to be named as the information is private.

Mitsui has reached out to Khazanah Nasional Bhd., IHH’s second largest shareholder, to pick up its stake, another person said.

IHH, which is listed on the stock exchanges of Malaysia and Singapore, has a market value of RM49bil (US$12 billion). Shares in Kuala Lumpur closed up 7.7% following the Bloomberg News report, their biggest intraday move since March 2020.

Discussions are still in the early stages and there is no certainty that Mitsui would proceed with an offer, said the people. Representatives for IHH and Mitsui declined to comment. A representative for Khazanah didn’t immediately respond to requests for comment.

Mitsui raised its stake in IHH in 2018 to 32.9%, after buying additional shares in the hospital operator from Malaysian sovereign wealth fund Khazanah. The Japanese firm is now the single biggest shareholder in the company, followed by the Kuala Lumpur-based state investment firm with 26%, according to data compiled by Bloomberg.

IHH, which employs over 65,000 people across 80 hospitals in 10 countries, offers health-care services ranging from primary care to acute medical treatment, according to its website. It manages a portfolio of health-care brands such as Acibadem, Fortis and Gleneagles in markets including Malaysia, Singapore, Turkey and India.

The company is considering selling its medical education arm, International Medical University, in a deal that could fetch about US$300 million, Bloomberg News has reported.