rose to its highest in five months in early trade Wednesday after its net profit tripled in the first quarter.

Its revenue for the quarter almost doubled to RM244.15mil from RM127.8mil from a year ago, mainly due to an increase in consumers' demand, particularly for yellow gold jewellery.

On prospects, the group said it will remain vigilant and take necessary measures to ensure that it achieves a reasonable level of profitability for the year. 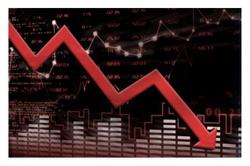