The O&G blueprint aims to provide direction for companies to improve their competitiveness, efficiency and technological capabilities. The blueprint also aims to raise the OGSE sector contribution to the country’s economy to RM40bil-RM45bil by 2030 from RM21bil in 2020.

THIS week, the government has launched the National oil and gas services and equipment (OGSE) Industry Blueprint 2021-2030 to help revive the industry.

It aims to provide direction for companies to improve their competitiveness, efficiency and technological capabilities. The blueprint also aims to raise the OGSE sector contribution to the country’s economy to RM40bil-RM45bil by 2030 from RM21bil in 2020.

While the move is laudable, one wonders if it is coming a tad bit late. Many countries are adopting cleaner and more environmentally friendly methods to generate energy.

While the price of crude oil improved this year driven by a rebound in economic activity, the Organisation of the Petroleum Exporting Countries (Opec) expects world oil demand to plateau in the late 2030s and decline from then.

Nonetheless, the government’s OGSE blueprint should help lift a sector that is hit hard by the Covid-19 pandemic, which crushed global demand for crude and petroleum products.

OGSE providers have been under increasing financial pressure and have not recovered since the collapse in crude oil prices in 2014-2016.

Many OGSE companies are still burdened with massive debts, with some defaulting on their loans.

They also face challenges in securing new financing and tend to be over reliant on contracts from Petroliam Nasional Bhd (Petronas). The industry is also in dire need of consolidation.

There are about 4,000 OGSE companies that are registered with Petronas, of which only 2,700 are active in bidding for jobs.

Norway, which has similar size O&G deposits as Malaysia, has just around 1,200 players in the sector. The OGSE blueprint should also address this “oversaturation” in the local OGSE sector.

The industry also needs to reinvent itself, while the government should also support low-carbon energy sources within the industry to ensure the sector’s longer-term sustainability.

THE rising price of steel has been a boon for local steel companies that saw some of their share prices skyrocket by almost five times over the past six months.

Tight supply and increasing demand as many countries are boosting their economies through infrastructure works as well as an unexpected rebound of the automotive industry have caused a sharp increase in steel prices. 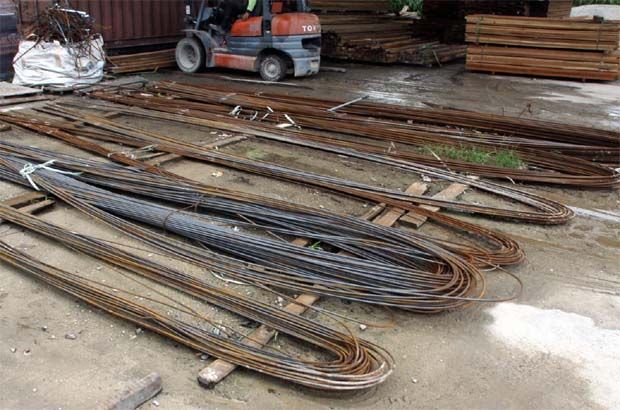 According to S&P Global Platts, since June last year, global steel markets have been experiencing an unprecedented rally that saw hot-rolled coil prices in the US more than triple in nine months, while they have more than doubled in Germany and Brazil.

It expected that prices could continue to climb supported by “infrastructure-heavy global stimulus plans.”

It pointed out that the last time iron ore neared the US$200 per tonne (RM820) mark was in 2011, a few years after China unleashed its US$586bil stimulus package in 2008, an amount that is dwarfed by the latest announcements of Western governments.

In Malaysia, the government has also rolled out mega rail projects like the East Coast Rail Link and Mass Rapid Transit Line 3 (MRT3) to boost the economy.

However, the surge in steel prices could add more pressure to the construction companies that are already burdened with additional costs brought on by the pandemic.

In Vietnam, it was reported that local construction firms are facing the risk of bankruptcy as the price of steel has soared 40% recently.

In addition, while it is a boon to the steel players at the moment, the high steel prices would entice steel players to fire up their factory. It is worth noting that the steel industry is cyclical in nature.

In 2012, the local steel industry was beleaguered with an oversupply of cheap imports from China that pushed many companies into dire straits.

From 2012-2017, many unprofitable steel plants stopped operating, while the bigger players saw their losses grow. Some even had their bonds downgraded to junk status.

INFLATION is rearing its ugly head throughout the world. Surging raw material prices and massive amounts of liquidity has sent prices of a wide range of assets upward and likewise, stocks too.

It is well know that the stock market is a good hedge against inflation. Higher prices will lift earnings of companies and consequently share prices across the board.

In Malaysia, the ugly head of inflation could see it hit 4% this year going by the upper end of official projections. Much of that will be due to higher price of petrol at the pump. That is expected given that oil is now in the US$60 range compared with the US$20 range a year ago. But the headline inflation is not expected to last beyond this year as there is little demand pull on inflation which is the main concern for any government. The stimulus packages announced in Malaysia is to keep people’s livelihoods afloat rather than line their pockets with cash to burn.

There is a huge amount of savings that is waiting to be unleashed once the Covid-19 pandemic gets under control but don’t also expect that to be spent in one go.

Maybe people will learn the lesson of the past 12 months and realign their savings habits in respect to their previous patterns.

But the period of higher inflation will be hurtful on retirees and those relying on savings accounts returns. Not everyone is inclined to invest in the stock market due to various levels of risk appetite and understanding of the financial markets.

The challenge then for regulators is when to start increasing the benchmark interest rate.

That will happen but don’t hope for a swift rise in interest rates regardless of what GDP numbers say.

The underlying barometer will be if inflation starts to get out of hand and once the unemployment rates starts to recover in a more substantive way.