Messrs HLB Ler Lum said the group’s and company’s current liabilities exceeded its current assets by RM108.37mil and RM309.19mil, respectively as of FY20.

It also noted that the group and the company incurred a net loss of RM152.20mil and of RM17.78mil respectively for FY20.

HLB Ler Lum also noted that three subsidiaries delayed the payment of their borrowing obligations during the financial year.

In addition, the group and the company are involved in several pending litigations, including a claim on unpaid balances over income tax debt due to the Inland Revenue Board, and a claim on liquidated and ascertained damages due to purchasers.

To address these issues, Magna Prima said its directors and management team have taken action to turn around the company and improve its performance over the next three years.

Separately, Magna Prima has proposed a private placement of up to 20% of its issued shares to raise up to RM36.59mil to be used for debt repayment and working capital. 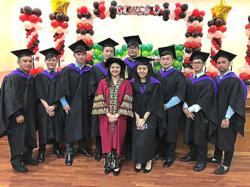