PETALING JAYA: With the country’s household debt to gross domestic product (GDP) ratio hitting another record high of 93.3% as at end of last year, there are calls for further actions to improve the situation. 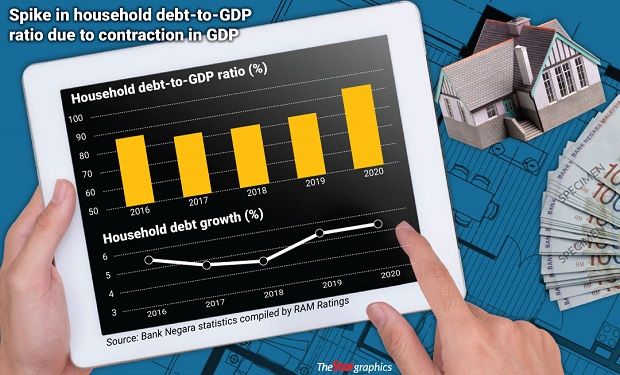 The ratio denotes total household borrowings as a proportion of the size of the economy measured by the GDP, which is the total value of goods and services produced in the economy in a year.

In the Financial Stability Review for Second Half 2020 report, the central bank said that a concern over high household debt is that it may lead to rapid deleveraging by households in the aftermath of a crisis, thus dampening or derailing the economic recovery.

However, it attributed the higher level of household debt to GDP ratio as at end of last year to the normalisation of the growth in household debt to pre-pandemic levels while GDP growth remained below pre-Covid-19 levels.It noted those earning less than RM3,000 monthly remain stretched financially, with low financial buffers and substantially higher leverage. Borrowers earning less than RM5,000 monthly also appear to be showing some signs of financial stress.

Economists contacted by StarBiz said while the repayment assistance programmes by banks and government’s relief measures have helped households in distress and ease cash flows, more should be done. 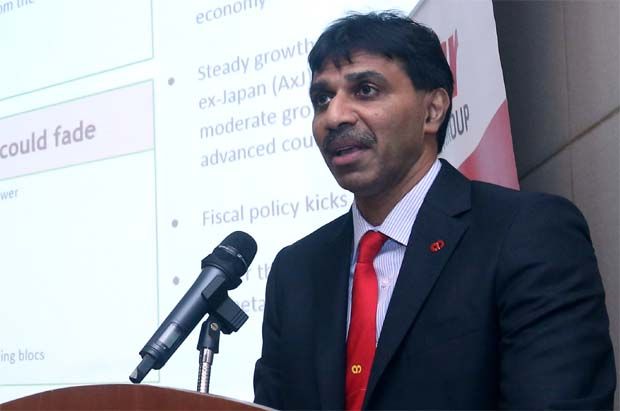 Monetary stimulus, he said could also provide relief to indebted households by easing the debt service burden, especially where mortgages have variable rates.

“But the danger of such economic stimulus has its limits. High government debt may constrain the available fiscal room. Very low interest rates may not be adequate to allow creditor households to pick up the economic slack caused by lower consumption by borrowers.

For example, Dass said unemployment insurance can support people’s ability to service their debt after becoming unemployed, thus reducing the risk of household deleveraging through default and the associated negative externalities.

Sunway University professor of economics Yeah Kim Leng, who is projecting a GDP growth this year at 5.5%-6.5%, said in an economic downturn, banks typically respond by tightening lending and scrutinising borrowers’ credit quality more carefully. This is to avoid being hit by defaults and increased provisioning for non-performing loans. 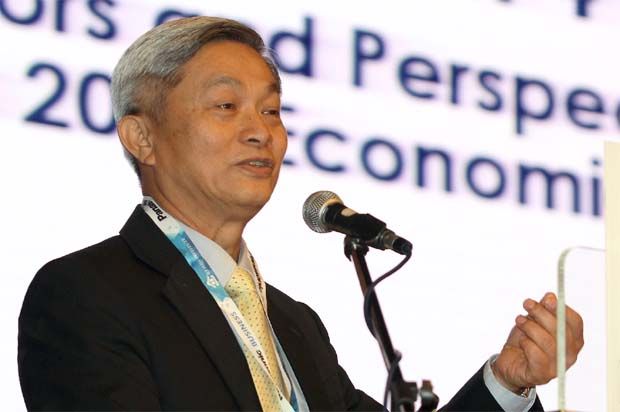 To curtail the rise in household indebtedness, the central bank may need to reinstate macroprudential measures such as capping loan-to-value and debt service-to-income ratios, he added.

Continuing high debt growth in excess of income growth and debt-driven consumption is not sustainable. What the economy needs is spending to be driven by rising income and not borrowings or drawdown on savings such as the EPF (Employees Provident Fund), he said.

While debt appears cheap under the current low interest rate and liquidity-flushed environment, he said borrowers taking medium-to-long term loans should nevertheless plan for interest rate increases to ensure they are not distressed when economic and financial conditions change.

OCBC Bank economist Wellian Wiranto said the high level of household debt (before the pandemic worsened it) remains an area that policymakers would continue to keep an eye on, especially as it is among the region’s highest.In particular, he said while the aggregate ratios look acceptable, the fact that low income groups have seen higher leverage that might not be commensurate with an accumulation of financial asset, would be an area of concern. 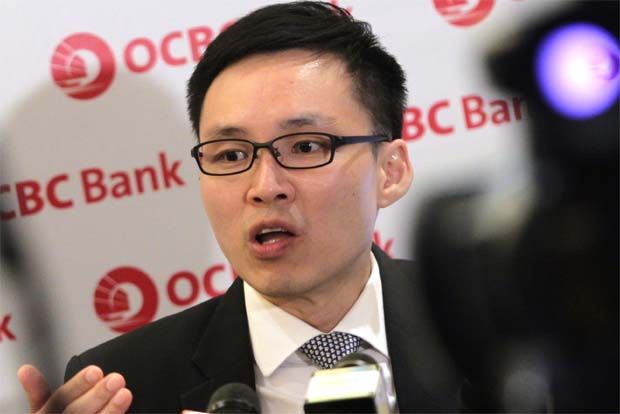 “Borrowers earning less than RM3,000 per month have seen their leverage increase from 9.5 times in June to 10 times by end of 2020, for instance, and their liquid financial asset remains at just 0.7 times of debt.

“Hence, it might not be surprising to see further concentrated measures to assist this group including via further extension of targeted loan moratorium, ” Wellian said.

In terms of GDP projection, he said it is looking at baseline growth of 5.4% year-on-year this year, but may see some upside risks if vaccination rollout proceeds more quickly, resulting in a faster-than-expected resumption of business and consumer confidence. For example, he said it would not be wise to buy a car or a house with 100% cash.

“Not only that it will take a long time to accumulate sufficient funds to acquire these big ticket items, but it would leave the person financially vulnerable as there will be less cash in their hands.

“Therefore, we need to frame the issues surrounding the hold debt with the right mindset, ” he said.

He pointed out that household debt growth in the second half of last year was mainly driven by car and housing loans. According to him, measurement on net worth rather than debt ratio is a more accurate way to gauge household debt trends. In this regard, he said building a better yielding asset is a way to go.

Therefore the focus would be more on the net worth of an individual, he said which is the difference between assets and liability.

“A measurement on net worth is much more meaningful alongside how much an individual holds liquid assets such as cash and highly liquid investment instruments.

“That way we know our society’s ability to meet a sudden demand for cash, especially during emergencies like accidents or other major catastrophe, ” said Afzanizam. Based on RAM’s projected 5% GDP growth for 2021, Wong anticipates the household debt-to-GDP metric to ease to just below 90%.

“Historically, the credit quality of household loans has been robust with the gross impaired loan ratio hovering around 1.0%-1.1%. We envisage households’ overall debt-servicing ability to be tested when borrowers are eventually weaned off banks’ targeted repayment assistance.

“While financial assets and liquid financial assets over household debts still exceeded the prudent threshold of 1 time - at a respective 2.2 and 1.5 times as at end-December 2020 - financial buffers are likely to vary across income brackets.

“On this note, lower income borrowers who have experienced job losses or salary reductions amid the pandemic will be most susceptible due to their poorer financial flexibility, ” she said.

That said, the banking system has entered this unprecedented crisis from a position of strength, having built up strong capital and liquidity buffers over the years. While asset quality pressure will rise, the banking sector has ample headroom to weather an expected deterioration, she said. 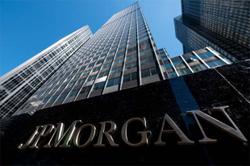