PETALING JAYA: The government is ramping up efforts to enhance the productivity and competitiveness of its electrical and electronics (E&E) sector to capitalise on the booming global semiconductor market.

Deputy International Trade and Industry (Miti) Minister Datuk Lim Ban Hong said the E&E industry continued to be the key driver of industrial development and has contributed significantly to gross domestic product, export earnings, investments and employment for the past 50 years.

“In 2020, the E&E sub-sector recorded 4.5% in productivity growth, the highest among the nine priority sub-sectors.

“Approved investments for the E&E sector in 2020 totalled 148 projects and were valued at RM15.6bil, ” he said in his speech during the launch of the Malaysia Semiconductor Industry Association (MSIA) yesterday.

The Malaysia Productivity Corp (MPC), which was established under Miti, set up the MSIA on Jan 8, with the aim of accelerating government-industry collaborations and to drive productivity and competitiveness of the local E&E sector.

Lim said the establishment of the MSIA is timely, especially in light of the global Covid-19 pandemic.

He pointed out that the pandemic had accelerated the shift of the semiconductor industry into higher gear with remote working, e-learning and e-commerce gaining significance.

“The surge in demand for information and communication technology devices, applications and peripherals in data storage, entertainment, sports and health care contributes to the imminent growth of the semiconductor industry.”

MSIA comprises individuals and companies incorporated in Malaysia that are involved directly or indirectly with the semiconductor industry. To date, the association has more than 60 members.

“MSIA will play its role to enhance Malaysia as a choice location for investments and as a springboard to Asia-Pacific.”

“The growth trajectory is in tandem with the strong chip demand and loadings local semiconductor players are observing.“For 2021, the World Semiconductor Trade Statistics organisation forecasts global semiconductor sales growing 6.6% to a record high of US$469.4bil, following the 5.1% recovery to US$440.4bil in 2020.”

“Coming off record levels achieved in 2020, billings are poised for further growth in 2021, driven by fabrication plants ramping up capacity to meet the global chip shortage.“This is also in addition to the advancements to leading-edge nodes, global 5G rollout and robust fabrication plant investments in China amid efforts to achieve chip self-sufficiency.” 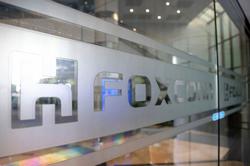 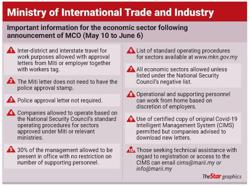