LONDON: A plan by Britain's finance minister Rishi Sunak (pic) to use a two-year "super-deduction" tax break to encourage companies to invest appears to be working, according to a manufacturing survey.

Make UK said almost a quarter of the companies they survey plan to increase investment as a direct response to the policy while more than a quarter plan to bring forward their investment plans.

The incentive was also seen by almost a third of the 149 companies that were surveyed as the measure that had made the most impact in Sunak's March annual budget speech.

"The budget has made a clear impact on manufacturers in terms of confidence and they are stepping up their plans to invest in response," Verity Davidge, Director of Policy at Make UK, said.

"For too long the UK's investment performance has been below par and the incentive should provide a boost in the short-term at least."

Sunak's budget was designed to get Britain's economy through the COVID-19 crisis, with more spending and plans for a 2023 corporate tax hike to help rebuild the public finances. 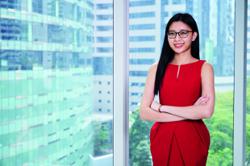