"Turning dreams into a successful business"?

For couple Abdul Rahman Md Din and Rafiza Abd Hamid, living and studying in Cambridge – a university city about 100km north of London – sparked a newfound love for cooking.

That eventually inspired them to start an e-commerce business on local and international artisan cookware.

The idea began soon after returning to Malaysia, as friends and relatives would query them about their artisan cookware collection and how they managed to acquire those items.

This led to the couple realising the scarcity of these products locally, and when found, they were shocked at how rife the counterfeit products were online.

That was their “A-ha” moment. While there are many e-commerce sites in the UK dedicated to artisan cookware, it was difficult to find one based in Malaysia.

The couple incorporated their company in July 2019 and three months later, Queenspree.com was launched, featuring only one brand.

Since then, the website has grown to accommodate five brands, attracted 50,000 active visitors and recorded a healthy profit in its first year of incorporation.

The e-commerce outfit also partnered with Hoolah, GrabPay and Maybank to provide zero interest instalment plans for up to 12 months.

Fortunately for the couple, their business focused on digital automation early on and that helped them weather oncoming challenges.

As Rahman was by profession an engineer, he envisioned an “Amazon.com-like” system to process orders efficiently.

However, level-headed Rafiza the accountant quickly reminded him that they do not have that luxury.

Undeterred, they reverse-engineered a fulfilment system from online references, which gave them their first reliable system.

It does the job well, even helping them increase their fulfilment capacity and process orders received before 11am within the same day.

Apart from being financially constrained, being a small e-commerce player also posed many challenges, especially when it comes to collaboration.

At one point, the couple wanted to automate their same-day delivery service but were not able to receive a positive response from delivery companies.

Having no other option, they ended up writing the codes and developed the functionality themselves. Praiseworthy growth: Since its launch, Queenspree.com has expanded its reach from one brand to five, attracted 50,000 active visitors.

Upon launching the new feature, Queenspree.com is able to calculate the cost of delivery based on distance and customers could select their preferred delivery slot upon checkout.

Rahman and Rafiza were happy with the outcome as that feature is not offered on many other e-commerce sites.

The couple believes Malaysia will see more e-commerce verticals entering the market in the coming years, similar to what they have observed in mature foreign markets.

Queenspree.com considers itself as a digital alternative to the traditional departmental stores.

Its lofty goal is to onboard 50 local and international brands in three years’ time.

And so far the couple has secured close to RM460,000 from “angel” investors, which they aim to fuel growth and increase market awareness. 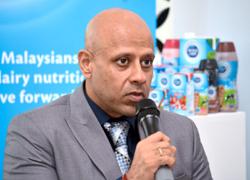 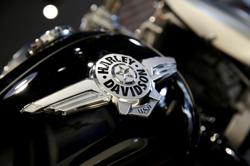