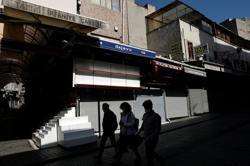 KUALA LUMPUR: Telcos staged a pullback and weighed on the FBM KLCI on Monday while IHH Healthcare and MAHB fell on concerns about their operations in Turkey.

Genting also gave up part of the recent gains while Dataprep hit limit-down in active trade.

In Asia, Hong Kong stocks fell, as fears of prolonged lockdowns in some European countries dampened recovery hopes while a plunge in the Turkish lira also hit investor sentiment. The Hang Seng index fell 0.4%, to 28,885.34, while the China Enterprises Index gained 0.2%, to 11,306.71.

However, China stocks ended higher on Monday, underpinned by banking and infrastructure shares, as the country's central bank kept its key lending rate for corporate and household loans unchanged. The CSI300 index rose 0.7% to 5,042.82 points at the end of the morning session, while the Shanghai Composite Index climbed 0.9% to 3,435.41 points.

At Bursa, IHH Healthcare fell 17 sen to RM5.31 while MAHB lost 10 sen to RM6.54 on investors’ concerns about the impact on their operations in Turkey.

However, Tenaga rose 20 sen to RM10.76 and help offset some of the losses of the KLCI stocks.

As for glove makers, Supermax fell six sen to RM4.25, Top Glove one sen to RM5.40 but Hartalega

Dataprep hit limit-down, tumbling 75 sen to RM1.75 – the lowest since March 3 despite last week’s reassurance about its new venture. Earlier, Bursa Securities cautioned investors about the recent rally in its share price.

G3 extended its decline from last Friday, sliding 15.5 sen to 85.5 sen ahead of its bonus shares going ex on Tuesday. 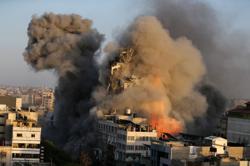