SINGAPORE: Singapore’s PatSnap Pte Ltd reached a valuation topping US$1bil (RM4.12bil) with a fresh funding round, with SoftBank (pic) Vision Fund II and Tencent Investment among those backing the provider of patent analytics.

CPE Industrial Fund and existing investors Sequoia China, Shunwei Capital and Vertex Ventures joined the US$300mil Series E round, the software company said in a statement. PatSnap will use the funds for product development and expanding its sales presence. 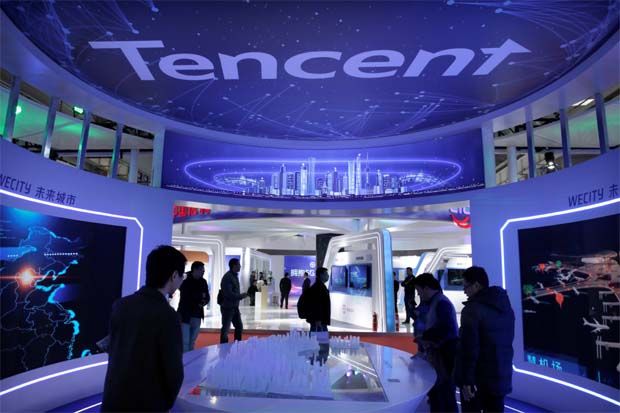 PatSnap is benefiting from a surge in R&D spending, with the US and China seeking an edge in technology and science amid heightened trade tensions between the countries. PatSnap’s software lets inventors and researchers gain insights into innovations being developed around the world.

“The US-China trade war is essentially about technology and a lot of companies want to know where to invest, ” Jeffrey Tiong, PatSnap founder and chief executive officer, said in an interview. “We spent more than 10 years collecting patent data from 140 countries and use AI to provide insights.”

Founded in 2007, PatSnap – short for patents in a snap – provides data and analytics on intellectual property to more than 10,000 customers including Spotify Technology SA and Xiaomi Corp. It employs more than 700 people in Singapore, London and Toronto.

PatSnap got started in Singapore, which has long positioned itself as neutral ground, before expanding to China where it now has more than 50% of the market.

Users of PatSnap’s software platform can type key words and phrases such as “electric vehicle” for information on companies, technologies and inventors in the space. Its page on Tesla Inc, for example, shows a map of companies connected to the carmaker, with Panasonic Corp coming on top to reflect their battery collaboration.

PatSnap makes money by charging a subscription fee that is typically US$20,000 to US$30,000 a year. Some startups pay as little as US$5,000 for limited usage, while large firms can shell out as much as US$500,000. Vacuum-cleaner maker Dyson Ltd and SZ DJI Technology Co, the world’s biggest maker of drones, are among the clients.

Tiong, 37, got the idea for PatSnap while doing an internship at medical-device upstart BioConnect Systems in Philadelphia in 2004. Tasked to evaluate patents, he had to check various government websites and found intellectual-property documents arcane. He imagined a software that would help make the process simple and easy to understand. — Bloomberg