Sands to sell Vegas hotels to Apollo, Vici for US$6.25bil 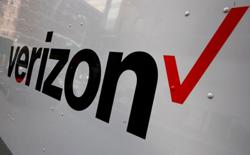 Focused on growth: The Venetian Hotel and Casino on the Las Vegas Strip. Las Vegas Sands is selling the real estate and operations of its Venetian casino resort and Sands Expo and Convention Center to Vici Properties and Apollo Global Management. — AP

LAS VEGAS: Las Vegas Sands Corp, the world’s largest casino operator by market value, agreed to sell its properties in Las Vegas to Apollo Global Management Inc and Vici Properties Inc for US$6.25bil (RM25.6bil), refocusing the company on its successful Asian resorts and other potential opportunities in the US

Apollo will run the properties, which will be owned by Vici, a real estate investment trust, the companies said in a statement yesterday. The Venetian, Palazzo and related convention facilities in Vegas contributed less than 15% of the company’s revenue in 2019, before the coronavirus pandemic hit.

Sands signaled last year that it no longer viewed Las Vegas, its home turf, as a priority when it tapped advisers to solicit interest in the properties. The company has identified over US$5bil in capital spending plans at its resorts over the next five years, most of it focused on Macau and Singapore, which generated 85% of its revenue in 2019.

“This company is focused on growth, and we see meaningful opportunities on a variety of fronts, ” Sands chief executive officer Robert Goldstein said in the statement. “Asia remains the backbone of this company and our developments in Macau and Singapore are the centre of our attention.”

The company is also weighing a role in the fast-growing field of online gaming, something its late founder, Sheldon Adelson, shunned on moral grounds. Adelson died in January.

Apollo, a private equity giant, is betting on a fast comeback for America’s gambling mecca as the pandemic plays out. It’s planning to market the high-end resort more specifically to gamblers and offer consumer tie-ins through some of the other companies in its portfolio. Also, the resort could serve as a focal point for the fast-growing business of sports betting in the US

The investment “underscores our conviction in a strong recovery for Las Vegas as vaccines usher in a reopening of leisure and travel in the United States and across the world, ” Apollo Partner Alex van Hoek said in a statement.

Apollo has made a number of investments in gambling businesses recently, including Great Canadian Gaming Corp, one of that country’s largest casino companies, and European lottery operator Sazka Group.

Apollo, along with TPG, was also the owner for a number of years of Caesars Entertainment Corp, which the firms took private in a US$30.7bil leveraged buyout at the top of the market in 2008.

The company struggled for years under its debt load before the investors sold out. Vici was spun off to Caesars debt holders in a restructuring.

Under the terms of the deal, funds affiliated with Apollo will acquire the operating assets and liabilities of the Las Vegas business for about US$2.25bil, including US$1.2bil in seller financing. Vici will purchase the real estate and related assets of the Venetian for about US$4bil in cash.

The sale of the Vegas properties would mark Sands’ exit, for now, from the US gambling industry. The Venetian, Palazzo and Sands Expo Convention Centre are all connected along the city’s famous Strip.

However, they were already a small and shrinking part of the company, and the Las Vegas convention business has been particularly hard hit by the coronavirus and related restrictions on large gatherings.

The money from a sale could allow the company to fund other development opportunities. Sands dropped out of the competition to build a casino in Japan last year due to terms that executives described as unfavorable. — Bloomberg

But the company has expressed interest in building in New York, which may consider an increase in the number of casinos it allows. Texas is considered another potential growth market, although some prominent legislators there have repeatedly signaled their opposition to casino legalization.

Sands is the only major US operator without a nationally focused online or sports betting business. Goldstein, its CEO, has been holding talks with potential partners, something that could be more of a focus with the cash proceeds from the sale.

Sands intends to keep its corporate headquarters in Las Vegas. The Adelson family, now led by Sheldon’s widow, Miriam, will also maintain a presence through their ownership of the city’s largest newspaper, the Las Vegas Review-Journal. Miriam’s son-in-law, Patrick Dumont, is the president of Sands.

The company may consider resuming its dividend, stock buybacks and debt retirements, particularly once its business in Asia picks up. Sands is financing US$1.2bil of Apollo’s purchase price with a six-year note that begins at 1.5% interest and rises to 4.25% after three years, according to people familiar with the terms.

Sheldon Adelson was a big believer in the concept of resorts that linked meeting space for business travelers with casinos. A lifelong entrepreneur who made his first serious fortune in the trade-show business, he built the Sands convention center and its connected hotels, later copying the formula overseas. But he was also capable of parting ways with his developments, as he did in the past with the Venetian’s Grand Canal Shoppes in Las Vegas and a casino in Pennsylvania.

The current deal will “pay tribute to Mr Adelson’s legacy while starting a new chapter in this company’s history, ” Goldstein said. -- Bloomberg 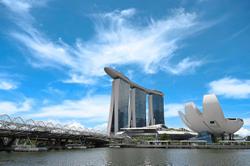 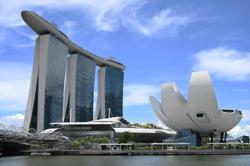