Prices have boomed for polysilicon, an ultra-refined form of the mineral found in beach sand and used to convert photons of light into electricity. Factories will need to run all out this year as key markets including China, Europe and the United States accelerate the deployment of solar power to help meet climate targets.

Global solar installations are forecast to jump more than 80% through 2025, and China will double capacity during that period as the nation curbs its reliance on fossil fuels. China’s leaders are expected to mandate a further acceleration in deployment of clean energy in a 14th Five Year Plan due this week.

Hong-Kong based GCL-Poly, the biggest polysilicon producer by capacity, has seen its shares surge by more than 910% since president Xi Jinping’s announcement in September that China would aim to become carbon-neutral by 2060. Competitors like Daqo New Energy Co and Xinte Energy Co have also posted huge advances, underscoring how quickly policy shifts in the world’s biggest economies can impact companies that supply equipment and materials for carbon-free energy.

GCL-Poly’s rise has seen the net worth of 63-year-old founder Zhu Gongshan jump more than 70% since the beginning of this year to about US$4bil, according to the Bloomberg Billionaires Index. The majority of his fortune is in a 25% family stake in the company. GCL-Poly declined to comment on Zhu’s wealth.

Solar-grade polysilicon is selling for US$13.28 a kg, up more than double since the end of June and the highest since 2018, according to PVInsights. With global solar installations expected to rise to a record 170 gigawatts this year, polysilicon factories will need to operate at near maximum capacity to produce the 550,000 tonnes required. ─ Bloomberg 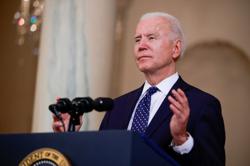