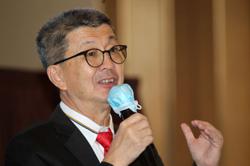 Tan Sri Lim Hock San has been appointed as executive chairman of LBS Bina Group Bhd with effect from Monday.

with effect from Monday following the retirement of Datuk Seri Lim Bock Seng.

The company announced on Monday the board of directors had also unanimously elected Datuk Wira Lim Hock Guan as the new managing director, taking over from Lim Hock San.

“Lim Bock Seng has served as chairman of LBS since Dec 6,2001. He has been involved with LBS for over 40 years prior to this where the business initially revolved around the transportation activities, primarily supplying and transporting building materials like sand and aggregates for construction and infrastructure works before venturing into the construction sector itself and building up LBS into what it is today, ” the company said.

Lim Bock Seng said it was his greatest privilege to serve as the chairman for two decades.

He said he had worked with talented and dedicated colleagues over the years before it was listed. He also recalled the numerous peaks and troughs of the business cycles, particularly the Asian financial crisis just before LBS listed.

“Upon my retirement, I strongly believe LBS will be in good hands under the chairmanship of Lim Hock San, Lim Hock Guan and the management team where they have more than demonstrated their abilities to continue growing the group, ” he said.

Lim Hock San graduated in 1982 with First Class Honours in Civil Engineering from the University of Wales, UK.

He returned to Malaysia to assist in the family business of lorry transportation and construction works. He was appointed as managing director.

LBS said he helped spearhead LBS and transformed the group into a household brand name as one of the leading players in the property development industry as well as venturing into the insurance and tourism businesses.

He is also an active philanthropist and advocate for social and community works. He sits on the board of over 30 organisations, schools, associations, assisting in the development of communities and the nation.

As for Lim Hock Guan, he was appointed executive director of LBS on Dec 6,2001. He holds a degree in Civil Engineering from the Tennessee Technology University in the US.

“He started his career as a civil engineer upon his graduation. With over 30 years of extensive experience in the field of property development and construction, he has been one of the major driving forces behind LBS’s successful implementation of projects in the Klang Valley, ” the company said. 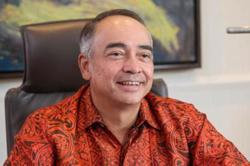