Housing values rose across each of the capital cities and regional Australia, the first such synchronised growth in more than a decade, data from property consultant CoreLogic showed on Monday. (File pic shows Australia homes, Beliview, Sydney.)

SYDNEY: Australian home prices surged by the most since August 2003 in February as record low borrowing rates and government incentives lure more buyers into the market, raising fears of overheating.

Housing values rose across each of the capital cities and regional Australia, the first such synchronised growth in more than a decade, data from property consultant CoreLogic showed on Monday.

The stellar recovery in the housing market follows a COVID-19-led crunch early last year and provides a much-needed windfall to consumer wealth and confidence, with the country's housing stock already valued at A$7.2 trillion ($5.49 trillion) by September.

The CoreLogic data showed national home prices rose 2.1% in February, from January when they added 0.9%. Values were up 4.0% on the previous February.

Prices across the major capitals rose 2% in January from the previous month, to be up 2.6% on the year.

The regional market surged 2.1% in the month and 9.4% for the year as city dwellers, smarting from coronavirus lockdowns, sought more living space and houses with gardens.

Sydney and Melbourne were among the strongest markets last month, recording a 2.5% and 2.1% lift in home values, respectively, as Australia's two largest cities catch up from weaker performance throughout 2020.

However, CoreLogic's head of research, Tim Lawless, questioned whether the rally had legs.

"Whether this new found growth in Sydney and Melbourne can be sustained is unclear," he said.

"At this current rate of appreciation it won't be long before Australia's two most expensive capital city markets are moving through new record highs," Lawless added.

"With household incomes expected to remain subdued and stimulus winding down, it is likely affordability will once again become a challenge in these cities." 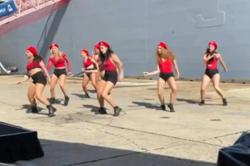